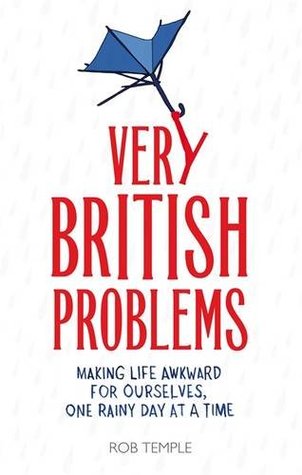 Nice book, but I think it worked better as tweets.

Now there were quite a few hahaha’s, but also some OK, this is it?’s and even some Ugh, lame.’s. Some I didn’t even think as being British, but just something that everyone has a problem with, or can happen to anyone.

The book is separated in several chapters of various subjects. From office, to bars, to weather. We have chapters with an endless barrage of matching tweets, and chapters with some normal silly stuff.

My favourite parts would be the non-tweet stuff. Like what types of weather, or a glossary of British words. Also the time lines (future and past) brought a big laugh on my face, and I loved the fact that Rolling Stones was mentioned in the future time line.

There were also a few illustrations here and there, and I like that they were added as they gave the book something extra, and made it a bit more fun.

But yeah, the book was fun, and I definitely liked reading it, and also reading some stuff aloud to my boyfriend (who also had a few laughs), but I will stick to my point that it worked better online/as tweets.