So yesterday was a wonderful day, not only did I visit Library #2 and Library #3, but I also found a neat little stack of new (well, OK, 1 was second-hand, 1 was actually new-new, and the manga were all bargains, but details, they are new to me). So I will also be making a Book Haul post for those new darlings. Plus I had a bit of a shopping trip (not entirely planned, but when one sees Converse Allstars for that price (bargains for the win), and they are bright red, then one can’t leave them behind :P).

Which kind of meant I was almost too late to visit Library #3. My boyfriend and I had so much fun we forgot about the time and by the time we got to Library #3 I had 15 minutes left to find some books, which is why it is a bit of a jumble of books + not the full 12 books that I can max get there. I am still happy about the books, but I just wish I had more time to check out the rest of the library. Oh well, there is always next time!

Also like I mentioned last time I will also give Library #2 chance in the spotlight. Since I visited that one first I will post the picture of that stack first. After that it is Library #3.

P.S. Yes, I am still in a Thea Stilton mood + I really want to try them all out. So far I am liking them, though I am not too sure about those fairy tale books (it just seems they are milking the franchise). 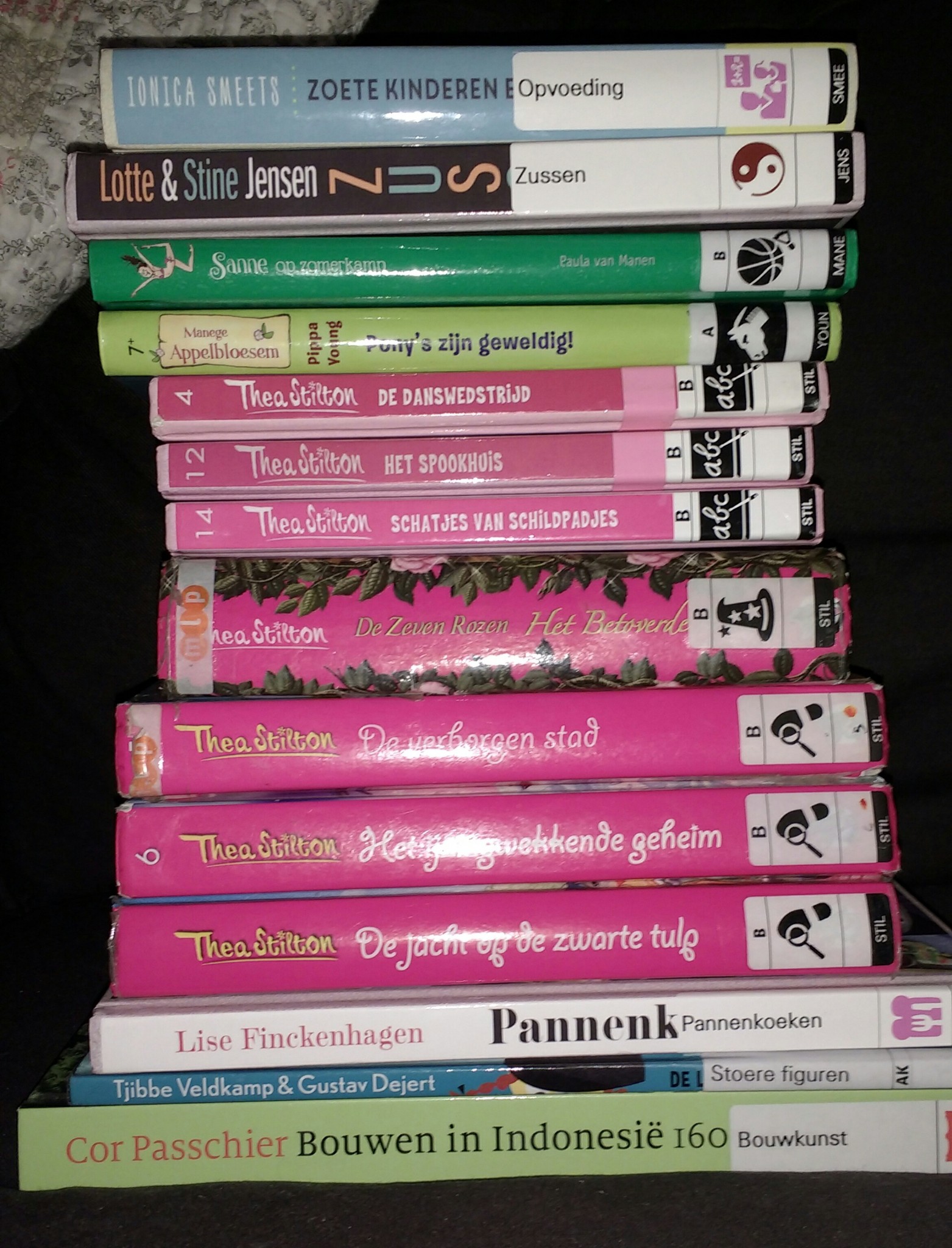 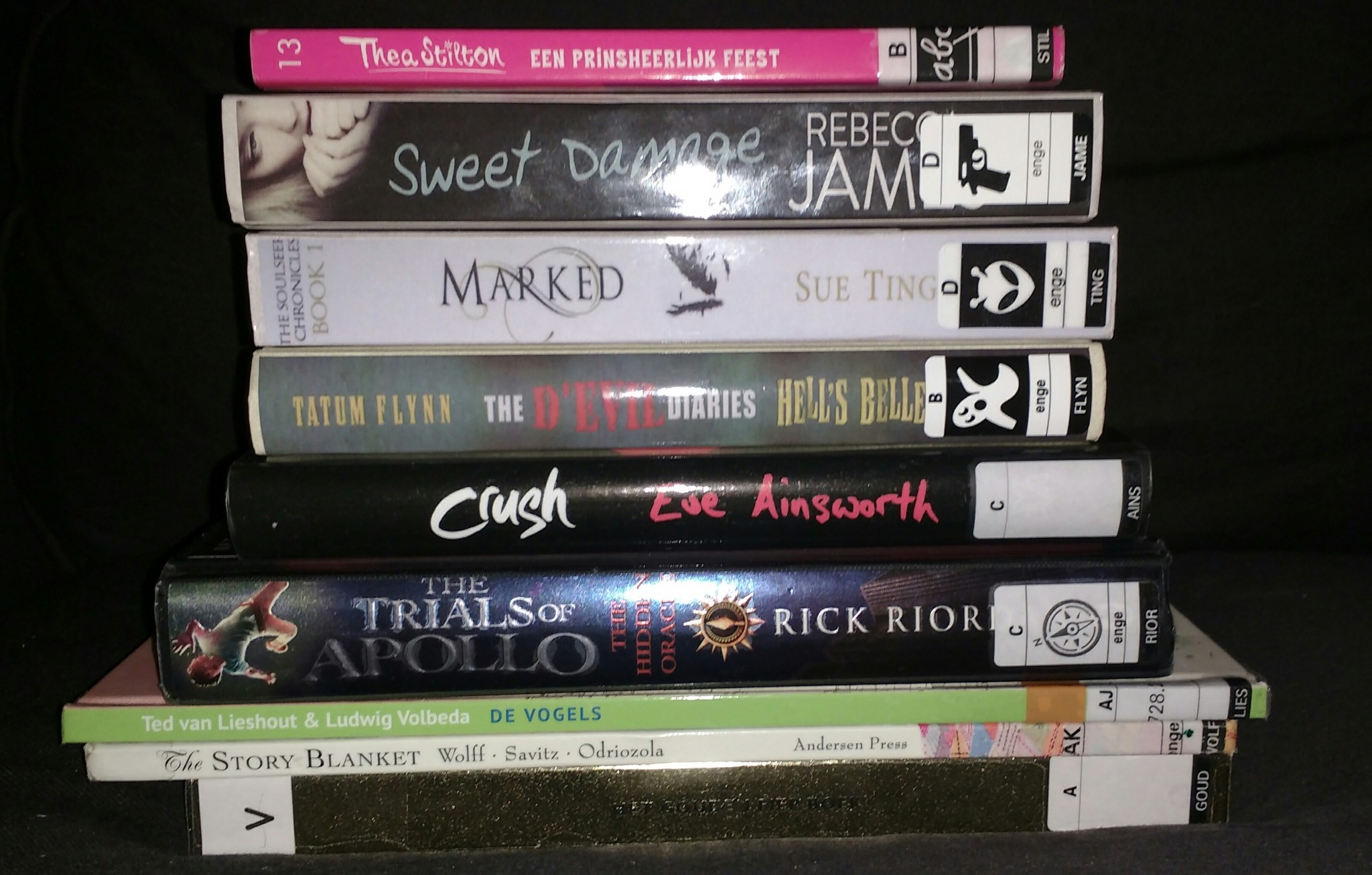