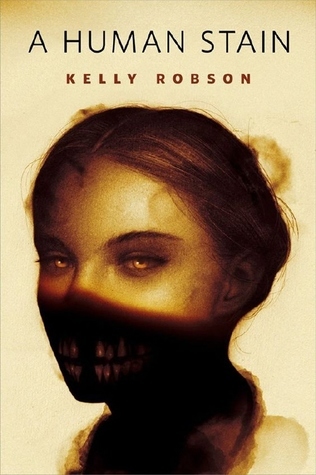 I spotted this one being promoted on twitter and just had to read it for the cover alone. 😛

Really, that cover is just sooooo creepy. shivers Especially now that I read the book and know who that is/what that represents.

The books starts off quite nice, with our MC getting to a castle/house in the middle of the mountains/in the middle of nowhere. She has nothing, nothing to lose, and her friend takes her to take care of his nephew for him. To teach him English, to teach him some stuff before shipping him to boarding school.

The MC is not your average girl. She isn’t afraid to talk back, she smokes, drinks, she openly flirts with the girl who is caring for the nephew. Yes, this might all seem normal these days, but the feeling I get from the book, it wasn’t that normal for a woman to do that.

Quite quickly in the book I had the feeling something is wrong. The way the boy acts, the way the nursemaid is acting (and the fact she is missing her teeth and can’t speak or do much), the house, everything. There was just this big vibe of death, horror, and NOPE NOPE NOPENESS over it. The author did a brilliant job on doing this. I was worried that because it was a short story it might not get scary until later, but I had goosebumps quite early in the book.

There are some normal patches here and there, a requiem between the creepiness that is fast getting creeper and creeper.

As soon as her friend leaves though the creepiness levels up quickly and you don’t want to put down the book. Or well, maybe you want to, but the book won’t let you. You need to finish it, need to find out what is wrong with this place. What happened to the boy’s parents? Why is the crypt so creepy and located under the house? Why are the servants so afraid? What happened to the nursemaid?

And then the ending comes and it quickly escalates to a big fat NOPE NOPE NOPE NOOOOOOPPPPPPPPPPE. At least for me. I was already scared out of my mind, goosebumps running over my body, but with that ending? shivers

I did like the ending even though it was creepy as hell. It connected all the little dots together, though I do have one or two questions (for instance why, and how), but I did feel satisfied with the ending and I definitely think the amount of pages is perfect for this story. I think if it would be longer it would be fun, you could explain more, but now you can keep the creepiness to the maximum levels.

All in all, a book I would recommend!