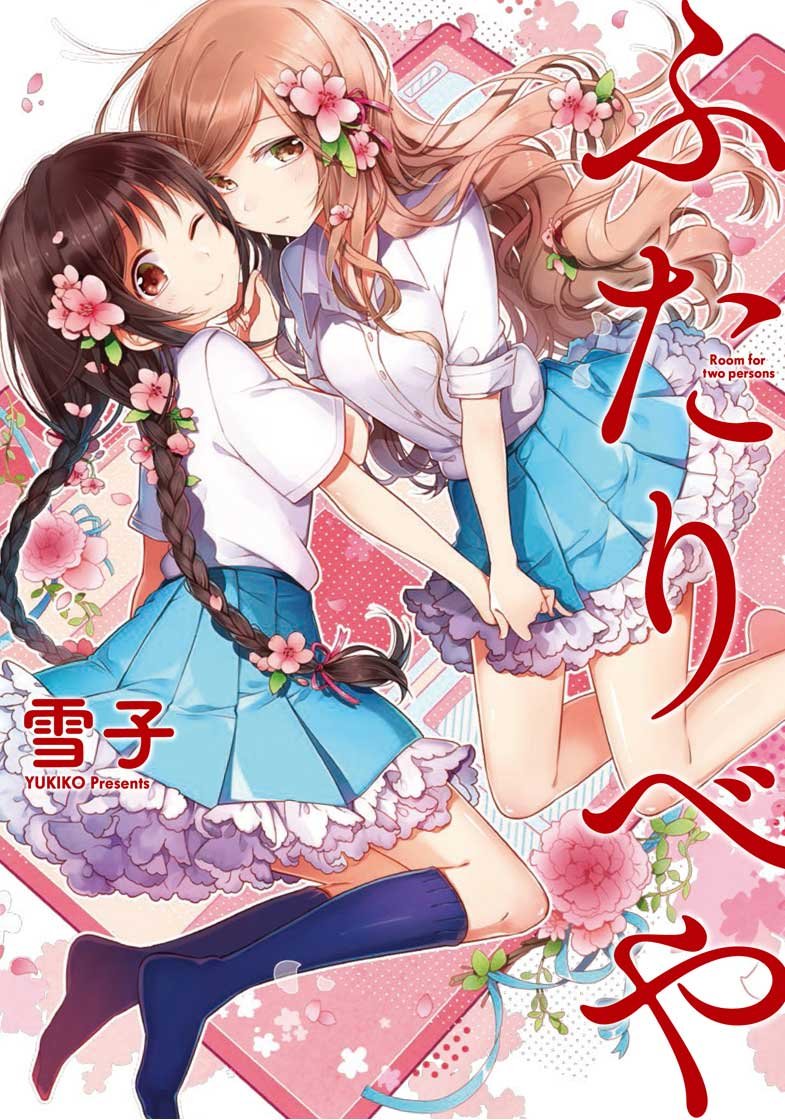 This was just too adorable and precious!

We have two girls who go to a new school and become roommates. They are each different as day and night. Sakurako is good at cooking, cleaning, is a pro at school stuff (always gets a score of 100), responsible. Then we have Kasumi who is good at sleeping, eating, more sleeping, and lazing off. But she also works unlike Sakurako (no, don’t even ask what kind of job just a lazy girl as Kasumi would have).

These girls try to live together, and are doing a pretty good job at it. They barely have any arguments, or fights. Instead they seem to get along pretty nicely, they each have something they are good in, and Sakurako doesn’t mind caring for Kasumi and making sure she does stuff. They make a cute couple. Yes, I am saying couple. Nothing is official, but come on, there are enough hints, plus Kasumi has pretty much claimed Sakurako a few times in the first volume. 😛

I also loved how jealous they at times are of each other. Sakurako because of Kasumi’s black hole of a stomach that never gains weight, instead everything goes to her boobs. Kasumi because Sakurako can do so many things (socializing, school, caring for the house) and it taking no effort.

At times I was a bit frustrated with Kasumi, especially in the beginning, but later on I did see a sweet, friendly girl who definitely can be dedicated she just needs to find the right motivation for it. Plus it was pretty hilarious to see how lazy she is.

We see the girls in their room, but also at school, and other places. There is also a whole cast of other characters that pass by, from a landlady who doesn’t know most of the people who live in her place, to a landlord who is scared of girls (and works at the girl’s dormitory), to friends of Kasumi and Sakurako, and a few family members.

The 4-koma format fitted perfectly, I can’t imagine it working anyway else, I am sure the jokes would fall short. Now they are short, to the point, and you instantly get it.

I can’t wait to read more of this series, hopefully Kasumi and Sakurako will get together, I will be shipping them!