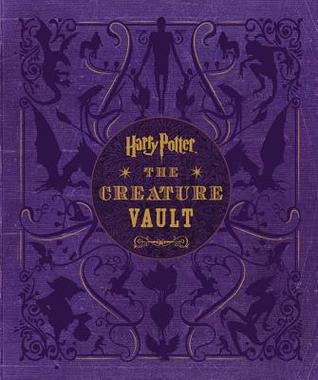 I have been drooling over this book since I found out about it. Sadly, it was quite expensive (way out of my budget at least), and so I just kept on drooling, hoping that one day I would be able to hold it in my hands and read it.

That day came on Christmas. I couldn’t believe my eyes when I unwrapped this one, finally it is mine! Thanks to my sweet boyfriend who knew I would want this one for Christmas, it seems it had cost him some effort (and also money) to get this one, but he knew I would be delighted with it.
And I was! Still am! 😛

The book lists all the creatures (and plants) from the Harry Potter movies. With concept art, with sketches, with how it all began to look if they were made from metal and other materials. It was all very informative, and I also liked that they described the process on how the creature/plant was made, and how they came to the design. What they did to get the movements just right, and much much more. It made me respect, and when I rewatch the movies again love, the creatures and plants even more.

We also learn about pets, and about animals used in the movies. How they were trained, and how it all worked. With the owls they had to do various things, like make sure the bigger owls and the smaller owls were separate or else it would be a bloodfest.
We also learn of their names, in some cases there was a whole list of names.

The book also has a bit of information on when the creature was used, a quote describing the creature, and some other tidbits that were definitely interesting to read about.

Of course the book requires you to either seen the movies already or read the books. By no means should you read this book without watching or reading either of those it contains several spoilers to the franchise.

All in all, a very colourful, interesting, chockful of information book about the Harry Potter movies/franchise. Definitely a recommendation. If you are able to find this book, and love HP? Read this!