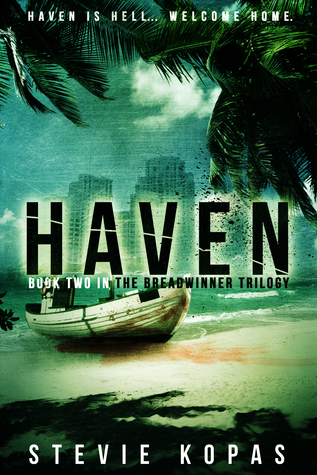 Downrated my rating to 2 stars. It was a good book, but Michelle and her insert lots of bad words here attitude just sickened me and pissed me off. The last part especially was just disgusting. 😐

Immediately after reading the first book in this series I went to read the next one. I just had, HAD, to know what happened to our group.

I do have to say that I wasn’t all too happy with how quick they ditched the ship/boat. Really, they did all that effort for it, all that pain to get it working, and then they just abandon it the first time they run across someone. Of course, everything is better than a boat, though I just wish the boat part was a bit longer and more fun.

We meet with a new character, Gary, and I have to say that to this day I still don’t like him. At all. Or maybe it is not dislike but more that it is distrust. He is just too much + he didn’t do anything. He endangered most of them with what he did and what he demanded.

We also meet a few new characters, and boy, I disliked Michelle from the start. The way she treated the man in her bed, but also how she reacted when things went haywire. I know that different people do different things during the apocalypse, some go catatonic, others go violent or psychotic, and yet others just find strength in them. It is really interesting, but that didn’t lessen my very big dislike for Michelle. Especially later in the story and all she did there. I won’t spoil anything, but all those moments together? I just hope that someone finds out, I just hope that someone is fast enough to save them all. Not from the zombies, but from this girl.

I did like the other new characters we meet. Lulu took a bit to get used to, but she was quite a nice girl. I wasn’t sure about Francis, but he did seem like a good guy.

The POV switches, again, got annoying at times. Is it really necessary to just switch all the time? One paragraph would be about x, and then we would move to y. Arghhhh.

At first I was also a bit annoyed with the fact we were in the midst of something exciting and we would move to a new team/new group of survivors. But then I started liking it, and I just adored how, just like in the first book, it all connected in the end! How everything had its purpose.

The world building is great, I could imagine everything our team did. From the building they were in, the threats that happened to them, to the travel to the mall, to the mall itself. It was absolutely brilliant (and of course terrifying as well considering all the zombies).

The ending, well, I won’t spoil much, but I was definitely pissed off with it. Also I wonder how no one, NO ONE heard it if they were in the next room. 😐

But all in all, with the exception of the ending, Michelle, and also the changing POV at random times, I did really liked this book.