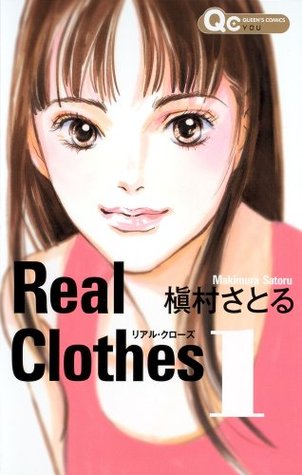 This is a review for Volume 1 to Volume 3.

So I was looking around for a new manga to enjoy, and I came across this one and instantly fell in love. It is more realistic than most of the manga I read, but I don’t mind that, I have read my fair share of realistic manga in the time I have been reading manga. I could use a new one to enjoy.

The manga is about Amano, a girl who works at a super fancy department store. When we first see her she is working her butt of in the furniture department and being kick-ass about her job. She has a great boyfriend who loves her (or at least I think, considering the later parts I am kind of doubting it at times). She has a good, and happy life.
But that all changes when she gets her job changed to a new department floor. The top fashion floor that all the women want, well with the exception of Amano.
But I loved how, even though she didn’t have much affinity with clothes, especially in the beginning, she still fought hard to earn her place at the floor, how she tried her best to sell stuff, and how she eventually opened up to being more fashion knowledgeable and also know about how to fix clothes so it fits better with the customers. She worked her butt off to make sure she knew what she was doing, and to become the best there is.
Of course there are lots of opportunities for her to learn, as she is gaining popularity with some of the top bosses in the building. I loved that part, sure, at times it felt a bit hurried, but I was mostly happy and delighted that people acknowledged Amano’s hard work. That they saw she was truly improving herself and trying her best to do what is good for the store.

I definitely loved seeing Amano change. From a bit boring/bland character to someone who sparkled, to someone who could spot it when clothes would do well or not. But, of course, she did make mistakes, some mistakes that will cost her and she will have to work hard to get over those, but I did like that this was added, it made it better. Mistakes are made, that is how life works. What you do with that lesson after the mistake is what makes you stronger and better.

I was at times pissed at her colleagues, especially one of them who thought that Amano should lose more weight. The girl had a healthy weight and everything, yet apparently you need to be practically underweight for people to be happy. Amano’s reaction to it? I just felt so sorry for the girl. Of course in the end she did do weight loss, but in her way, though the weight loss was unrealistic (sorry but one doesn’t just lose x kilos in 2 days).

Amano’s boyfriend? Sorry, but at times I didn’t quite like him. Nor did I always like the romance, though that mostly had to do with Amano. In general though they make a cute couple, and I do hope that they will stay together (with the coming of that girl in the third volume I am worried). I wasn’t all to happy with what happened in the third volume, and how he practically forced her. I thought he was so kind and open-minded, but as soon as push comes to shove he changes into this. Yes, his family is important, but really, to force someone you love to do x and y and not talk it over like adults? Bleh.

I have to say that I still like Volume 1 and 2 the most, Volume 3 was good, but there was so much chatting and talking that at times I just tuned out a bit and noticed I lost my concentration and was doing other things. It was still good, and the topics were pretty OK, but it was still a bit boring as I wanted more action (more new fashion stuff + selling clothes + finding stuff to sell in their department store).

The next volume will probably focus on two things, Amano and what happened between her and her boyfriend and also her business trip to NY. I can’t wait!

The art is pretty great, however the faces were a bit derpy at times.

I would recommend this one if you like a realistic manga and also love fashion.