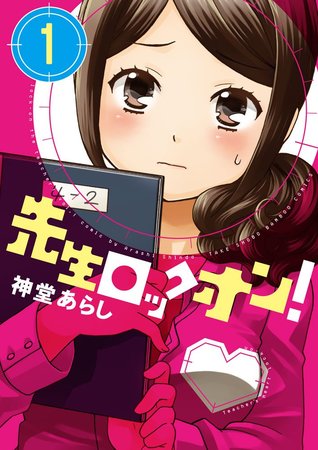 It might sound a bit wrong (teacher x student), but she never had an interest in the boy until he was an adult and they found each other again. So in a way it isn’t that wrong, though I guess for a country as Japan hearing that someone is now dating someone she taught in elementary/middle school might be frowned upon, even though they are both now adults.

It was really cute, but I do hope for some more romantic scenes, we don’t get a lot of those, though I can imagine why. Our teacher/MC girl is worried (the age gap, the fact he was a former student of hers), but they do make a cute couple and they both like each other a lot. So I am really rooting for them getting some romance.

Then again, the teacher does often go into teacher-mode (it was hilarious when she did that when she visited her boyfriend’s parents), which leads to a few awkward moments, and then there is the boyfriend who still calls her sensei (which caused a hilarious scene where another couple thought they were roleplaying and decided to do the same). So they have a long way to go.

I did like that the boyfriend never gave up on the sensei. That he waited, waited, and waited some more until he was old enough. And that he immediately went to propose (awwwww). In a chapter from his POV we see how worried he was, after all he did have to wait quite a few years until he an adult and the teacher also has her own life. She might have just found someone she loves in the time between that.

The chapters are quite short, but I didn’t mind, I don’t think it would have worked if the chapters were longer. Now each chapter had a theme.

The reversal chapter however is a big fat NO. NOPE. NOPE. I am not sure what the author was thinking, but this was just wrong. As others in comments for that said if it was a true reversal it would have been tiny Kyouko falling in love with the teacher. Not the other way around. 😐

The art is pretty decent.

All in all, I will definitely continue reading this one. It is a fun one, and I love the cuteness and the chemistry between the characters.