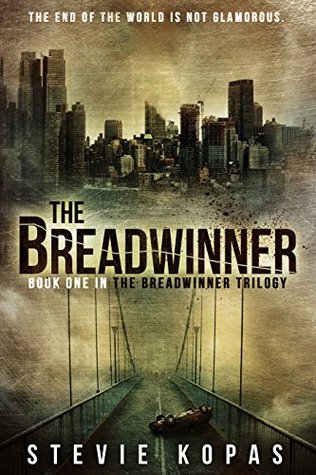 So after reading this author’s short story collection, I decided to check out if she had more zombie books. And she had! This series.

I immediately hunted for it, found it, and when it was time for my before-sleeping-reading-time I went ahead and read a bit. Normally I don’t really want to read horror before sleeping, but I just couldn’t wait until the next day.

We have 3 characters, Samson, Veronica, and Ben. Out of all of those I think I liked Ben the most. At first I wasn’t sure what to think of him, but then he definitely won from Veronica. Samson was last. He was a good character, but a bit boring and bland. Like he got the spotlight but only until someone better comes along.

Two of these characters (Veronica and Samson) will tell us what happened with them during the initial outbreak and how they tried to make life in a hell hole of zombies. It was quite interesting, and I felt so so sad for both of them. They both lost a lot. They both had to go through so much. Of course, this is what happens in an apocalypse, people will lose loved ones, but you still hope that they will be luckily and keep their friends and family. Like with Andrew and Juliette (though I did not see one shred of chemistry between the two of them).

I have to say that while I liked to see Ben’s journey to find Veronica, I didn’t like Juliette in it. Yes, she has a mental illness, yes, she isn’t doing well, but really? She kept bitching about everything, like she couldn’t comprehend that things have changed. And really? What she did when they were outside? No. Just no. I get that she probably was breaking down, but she endangered everyone. I was amazed that she was allowed to come with the group.

The author did an amazing job on writing about the zombie apocalypse, I could just imagine myself there. She described every detail, from the smell to how the zombies acted.

There were however a few things that I didn’t like and for that I will take 1 star.
1. There were several errors with sentences. Sentences just didn’t make sense, I had to re-read them to check if I was reading it wrong, or if the author wrote it down wrong.
2. The changing POV. I don’t mind multiple POVs, however, I do hate it when it is done wrong. When a character switches after 1 paragraph. Which happens a lot in this one. One moment we would be with Veronica, then Samson. Or Isaac > Veronica. Or Ben > anyone else. It just got a bit annoying, I would still be with x character, and suddenly we would be with y.
3. While I now can see why we get Ben’s POV, it still grated on me as I was thinking we would finally get Veronica and Samson’s. It also took me a while to see that this was set in present day, and not, as with Veronica, taking place around the time the outbreak started.

But all in all, this was a wonderful read, quite short, but I didn’t mind as it was perfect that way, and I would recommend it to everyone looking for a zombie book.