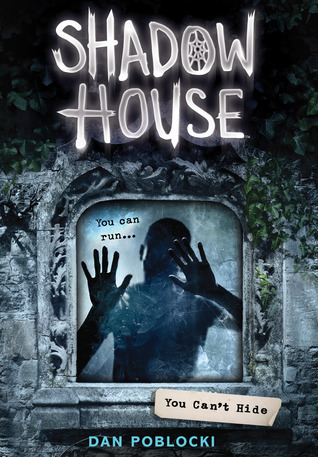 Wow, so much fear, so many twists and turns. This was amazing!

This book was fantastic, though there were a few small points that I didn’t like that much. I want to start with those before I get to all the goodie stuff.

So Dash and Dylan’s whole drama just got annoying. It was quite an interesting thing at first, but then I didn’t know who to dislike more: Dylan? Or Dash? They both make some stupid mistakes but I think the brother who is dead (no spoiler, if you read the first book you would know, and really, you know that if you read a second or third, or further book review that there may be stuff mentioned in the first review) is the most annoying. Really, he knows about what happened to the kids with masks, and yet he is stupid enough to just fall for this mask stuff. sighs and rolls eyes I don’t care that his memory might be messed up, I didn’t even see it as that, I saw it rather that he was just a whiny little brat who never got what he wanted and now he is finally able to do x and y, and he takes it. He did make a good villain, and he was creepy. But I am so sorry, I couldn’t get over the fact that he kept whining. One moment he would be all sad and wanting help, the next moment he hated his brother, hated that he always helped him, hated that he always needed his brother’s help. Do you know what you want? sighs
So yeah, that part was just too much meh.

Then there is the whole let’s hate on Poppy. Yes, the girl isn’t really the best at social cues, but she did help you guys a lot! She is often the only one who gets to the solution in the end. She is the one saving your buts continuously. But does she ever get credit? No. 😐

Marcus also wasn’t really a fantastic character. He never really wasn’t my favourite, but he made some really stupid decisions, comments, and more in this one. He pissed me off quite a few times.

But other than those points I did love the book and I flew through it, not stopping until I was absolutely done, and then I wanted the next book to appear magically so I could continue. Because, boy, a lot of things happen in this one.

The house also has some new tricks up its sleeve. Some new creepy ghosts make their appearance, we have some new twists and turns, and we also see some new parts of the house (including a classroom, a greenhouse with zombies (yes, zombies), attics with spookiness, and then I am not even mentioning the garden yet). Yes, you really can’t hide anywhere.

I did love that the ghosts in the house are at times helpful. Showing hints, giving items. At least not all that is spooky is bad. Then again the Specials aren’t that bad either. They can’t help what they are doing, it is the mask’s fault for all that.

Yes, I definitely felt for the Specials (well the official ones, not the new one). Those poor children. Especially when we learn certain facts about them and about their previous lives. Those poor things. I just want to hug them and tell them things will be OK, eventually. Someday.

The title for the book is also great. It fits the book perfectly, just like the first one fitted that book perfectly. It is true, one can’t hide. Horrors and pain will be there no matter where you go.

What more? Mm, Azumi definitely did have an important role in this one.

Her sister? I can say I saw it coming, that is all I will say about it.

What more? Well, be prepared not to sleep. 😛 Also I can’t wait for the next one as I am curious, we now levelled up and got to somewhere else, and I am curious what horrors en terrors that new place will bring.

All in all, a wonderful book in a great series. I would highly recommend it!