Welcome to the second Blog Tour of today!

I am really happy that I was able to join this blog tour.

Like with the other Blog Tour, I have the standard information, but also an excerpt and a giveaway for you all to join (it is really epic)! 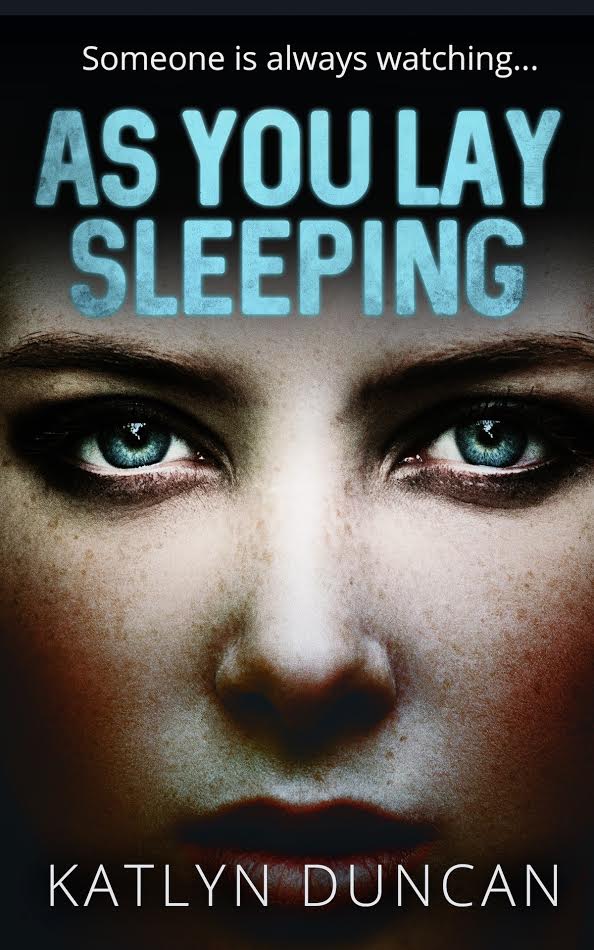 I did it all for you…

When fingers start pointing at her, she knows she’s in more trouble than she originally thought. Because Cara can see that something isn’t right.

As her carefully constructed life begins to crumble, Cara isn’t sure who she is anymore.

But maybe that’s exactly what someone wants her to think…

Katlyn Duncan was born and raised in a small town in western Massachusetts. Her overactive imagination involved invisible friends, wanting to be a Disney Princess and making up her own stories. Her bibliophile mom always encouraged her love of reading and that stayed with her ever since. Even though she works full time in the medical field Katlyn has always made time for books, whether she is reading or writing them. Katlyn now lives in southern Connecticut with her husband and adorable Wheaten Terrier and she is thrilled to finally share her stories with the world.

A muffled thumping bass shook the windows of the pool house, which was closer to the size of my ranch-style home. I always hated being in there. It was a bachelor pad, even though Joe was in a relationship. Another reason added to the list of why he needed to be dumped.Safe from the rain, I dropped my umbrella on one of the chairs and opened the glass doors.

Electric guitar and thundering drums blasted at me. Why did Joe always insist on having his music at ear-shattering levels? I went to the music system and turned it down. I rubbed my ears, adjusting to the lower volume. The members of Metallica stared accusingly at me from Joe’s favorite poster above the speakers.

I looked around the dark space. The rain clouds had moved in quickly, cutting out the setting sun. And the blackout curtains that Joe insisted on having closed at all times didn’t help. Also, the stupid rotating strobe light made it impossible to see anything further than a foot in front of me.

“Hello?” I wrinkled my nose, smelling something putrid.

I found him in the center of the room on the sectional couch, sleeping. He lay on his side, his face buried in the cushions. I navigated around empty beer bottles on the floor to get to him. The smell was stronger now.

I poked him in the side. “Joe. Come on. Wake up.” It would be like him to pretend to be passed out, then jump up and scare me. It wouldn’t be the first time. His jokes were immature, yet he insisted they were hilarious.
I poked him again, but he didn’t move.
Two can play at that game.
I flipped the flashlight on my phone and pointed it at his face. I expected him to pop up with a goofy grin, then go into a tirade on how he “got me.”

Instead, Joe didn’t move. At all. Surprisingly, he was a light sleeper, yet he insisted on listening to music and television to fall asleep. The change in volume should have woken him, and the flashlight definitely would have.
What had he taken to keep him in such a deep slumber?

I slid the beam over the room. On the side table, there were several more empty beer bottles and other paraphernalia from the party he apparently had going on since I’d last seen him. I didn’t have time to dwell on his habits when something else caught my attention. A folded piece of paper sat on the table. I wouldn’t have cared otherwise, except my name was scrawled across the front in bold black letters.

I picked it up and unfolded it. Maybe Joe had brought me here as another joke and had no intention of setting me free from the toxic relationship. My throat constricted at the thought.
There was one line of writing, and I read the three words over and over, unable to make sense of them.

He still didn’t wake. I’d never had to try this hard before. I reached my shaking hand to him, slower this time. I shook his shoulder. “Joe?”

My voice sounded far away in my ears. I shook harder. Still nothing. I touched his neck, feeling for a pulse. My own pulse throbbed in my fingertips, though no blood rushed through his veins.
I had to make sure he hadn’t done something stupid. I gripped his shoulder and turned him. His unmoving glossy eyes stared blankly at the ceiling.

A shuddering breath escaped my lips. I screamed and clamped my hands over my mouth, backing away from him. I knocked over a couple of beer bottles; they clinked against the floor and rolled in different directions. I bolted from the pool house, escaping from the claustrophobic feeling welling in my chest. I leaned over and threw up my dinner all over the brick patio. I knelt on the ground next to my puke and took deep gulps of air. My hands trembled in my lap.

I looked at the door of the pool house, knowing Joe’s dead body was on the other side.