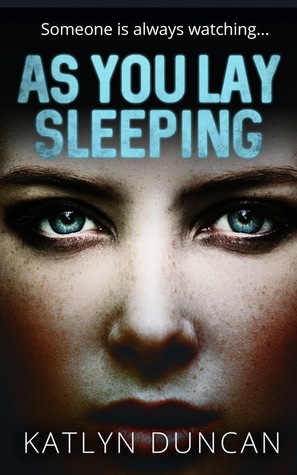 I received this book for a blog tour in exchange of an honest review.

Well, I got to 52% and then I just had to give up. My head hurt, I wanted to throw all the characters into a fiery pit of doom and destruction, and oh yeah, the story didn’t go anywhere and was dragging as no tomorrow. Eventually I read the last 9~% of the book to see what would happen, and found out I didn’t miss much of anything by skipping. 😛 So I read a total of 61% of this book. Meh.

I was truly looking forward to this book when I saw the sign up for the blog tour. I am a big fan of YA thriller/mystery and I am always looking around for new books to enjoy. The blurb, the cover, they all screamed at me to read them.

We immediately started with some confusing stuff by another character, which then, awkwardly, and probably due to my ereader messing things up, went right to the MC’s POV. This happened quite a few times afterwards. I would be reading E’s POV, but then it would just melt into Cara’s POV, which was highly confusing as both characters felt the same to me (sure, Cara was less bloodthirsty, but that was the only real difference).

The death of the boyfriend was just too disappointing. I had expected something much grander, but instead it was that, and for all of the parts I read that was actually the only creepy/thriller part that happened. The rest of what I read was just Cara trying to live with her life, find a new hot guy to drool over, annoy her sister (my lord), try to get into queen Kat’s good graces (and fail), do her job at the inn/restaurant, agonise about the loss of her friends (though I didn’t get why she was friends with them). yawn

None of the characters were particularly likeable. Oh wait, yes Ryan, but he was the only one.

For starters let me start with the detective. I just didn’t get his witch hunt for Cara. He didn’t seem like a really good cop/detective to me that he would act like this. For some reason, or well, for no reason, he immediately had his arrows on Cara, even though, from even my POV, she didn’t do a thing. Weird!

Then there is Kat, my lord. What a total insert some very mean, rude words here. I disliked her from the start, and I couldn’t see why anyone would be friend with such a controlling, conniving insert some more rude words. Oh yes, the almighty popularity that all YA characters seem to crave oh so much. rolls her eyes I also didn’t like Kat for how she acted, how she immediately blamed Cara, and how she even was disgusted with her climb to popularity. Oh please, girl, like you wouldn’t do the same thing.

Next up is Madison, the annoying sister trope, oh did I say that out loud? Oh how terrible. But sorry, the sister just pissed me off. How she acted and treated her sister. Then again, Cara wasn’t that nice to Madison either, but I do wonder if that is a cause of how Madison acts towards Cara or if that is just a mean streak in Cara.

Cara was just meh, she wasn’t really interesting, and her OMG I NEED TO BE POPULAR OR LIFE IS OVER was just a bit too much for me. Plus I wish she just had the balls to break up things with Joe instead of letting it go on and on and on for so long.
Plus I know she didn’t like Joe, but to so quickly jump on a new boy was a bit cringey and I wasn’t happy with it.
How she treated her sister was another thing that was a strike against her.
She had some nice qualities, but they were mostly overshadowed by how she acted throughout the parts that I read.

Yes, the romance between Cara and Ryan just didn’t fit for me. Her boyfriend (I know, she didn’t like him, but she must have loved him one time in their relationship) just died a few weeks ago, and she is already drooling over the next victim. It just didn’t sit right with me. It felt off and weird. She went from OMG will I ever sleep to OMG Ryan. Meh.

Oh yes, something I did agree on when, after I read my 61% of the book, I was checking out some reviews. What the hell does the title have to do with the book?

The ending? Boy, the ending was hopeless. All kinds of grand stuff happening (finally some bit of action), and then it ends like that? Whut? Why? That is just a cop-out and I wasn’t happy.

So yes, big disappointment. It looked and sounded so good.