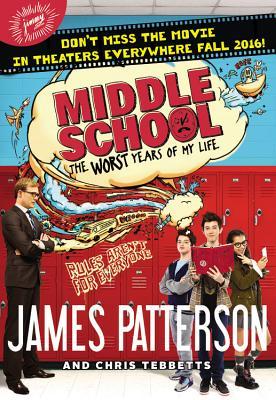 When I spotted this book on Netgalley, well I just had to read it. It was one of the books that I still needed to read in this series (I have read 3, 4, 5.5).

Now I could finally find out what happened to Rafe and why he moved to another school. Because while we do find several things out in the other books, and yes he did quite some stuff, I found it weirdly like an overdramatization. Yes, he broke a lot of rules, yes he did stuff, but really, it wasn’t that much, plus we also do find out his reasons in this one. Reasons we didn’t really get in the other books.

For instance that he has a new stepfather who does nothing but lie around and which causes his mother to have to work double. Not to mention that the stepfather thinks he is the boss over stuff, and he will shout at you (and also at your tiny sister). I am sorry, but while of course it isn’t an excuse for someone to go haywire with rule breaking, I can see why Rafe would rebel.

Then there is the school, and most importantly the bully. I never liked Miller, but reading this? The crap he does? The stuff he gets away with apparently? No. Just no.
What he did with Rafe’s notebook? I disliked that so much. Poor Rafe. 🙁

Of course there is also the brother, I already knew what was going on with that situation (thanks to the other books), but I think anyone with enough of a brain could see what is going on with the brother in this one. There are so many hints. So many clues. He plays quite a big role in this one, even bigger than in the others. Maybe because it is the first book, and a big moment is happening in Rafe’s life (Middle School is starting).

The rule breaking, well, I am not one to approve of that, but I do have to say I had a silent laughter at all the plans he made and I definitely loved that he wasn’t allowed to harm anyone. He was just breaking the rules, and if someone wanted to tell on him, he wouldn’t mind it at all. He also picked a way to break the rules without anyone getting harmed or hurt. I definitely have to give credit to Rafe for that. A lot of people would just do whatever it takes to get a rule broken, but not Rafe, oh no, he just made an entire game out of it with scores/points, lives, and more!

We also see how Rafe developed a big crush on a certain girl, and I was happy that I could finally see how it all began.

The book is also filled with illustrations, comics, and more, and I loved it. It really brought the book to life, and I laughed so hard at some of the illustrations. 😛

I do wonder though, how did Rafe not get that getting bad grades would mean he would have to redo a year? Hasn’t he been through elementary? Or did they have a different system there? It just seems a bit weird and off that he wouldn’t know this.

What more, ah, yes, the sister. I hated her so much. I am not sure what happened in between this book and her own book, but I am guessing some years passed. Because I was just too frustrated with her, she was annoying, intrusive, blurted out stuff that would just hurt people and ruin days, and several other things. At times I was tempted to put the book away when she appeared.

The ending was quite good, I did feel sorry for Carl, but then again, you don’t just do that kind of stuff. 🙁
I am happy for Rafe though. I won’t tell you why, because spoiler, but I am sure others will agree that this was a good ending.