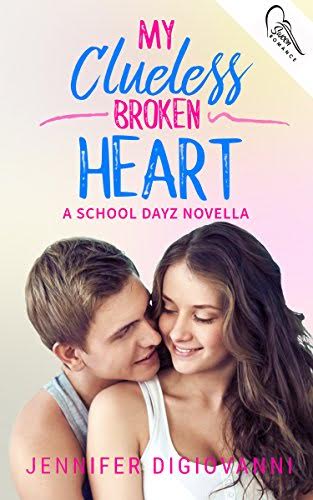 So, my plan was to just read a bit everyday, but then stuff really started to happen and I needed to know how it would all end.

I have to say for most of the book I would rate it 3 stars, but with the ending, plus all the cute sweetness when Travis and Becca were together…. I am upping it to a 4 stars. 😛

Also according to my e-copy the book is way longer than it says on many sites.

Before I get to the good parts I have to get the bad parts out of my system.

First up, I hated the parents. Why in heavens name did they even get kids. They don’t give a damn about them. Not at all. They don’t care, nor are interested in them at all. Only to push them to a certain career or a certain way. I already didn’t like them when they were still far away, but when they got home? And all the crap with Travis not being the right class blabla started? And they even threatened Becca? Sorry, but that was the line for me. What a terrible parents. You aren’t there for ages, and then you suddenly make demands and expect your kids to just follow you? I could go on, but I don’t want to waste more time on those parents.

The sister. My lord. At times she was quite fun, and nice, but that was just at times. Most of the time she was just annoying, didn’t get what privacy meant, told everyone about everything. And I am not sure how old she was, but given the way she acted, I would say she 8. Maybe 9. Bleh.

Now for the good parts.

Becca and Travis. Oh, my, I just loved those two sooooooooooooo much. They were adorable. Yes, at times it seems they go fast, but then I remember they have known each other for ages. Becca has been in love with him for ages, and we quickly find out that Travis was in love with Becca.
Their romance, their kisses, the make-out session, ah swoons. So cute! They were perfect for each other, and I hope they will stay together for a long long time. I am not always thinking that teen love might last long, but I have a good feeling about these two.

Travis is such a sweet boy, so determined to make it even if he doesn’t have enough money and is relying on a scholarship, work, and more to get to his goal. That is really admirable. I wasn’t happy with the decision (we find out about certain things later) that he made, but I can see why he did it. But I still wish he had talked to someone about it.
At times I was a bit worried that he might just be tricking Becca, but I quickly could see that his love for her is true.

Becca was such a sweet, fun, sporty girl, and I loved how she made her own decisions. How she didn’t let her parents push her into doing x and y.
I also loved how dedicated she was with sports. From soccer to basketball. She seemed to be quite good it, and even took time to exercise outside of her school’s soccer practices.
Plus she was also doing great at school. Yes, I know, this might sound silly, but I have read enough YA were characters can’t balance those two, or at least that one of the two suffers. But it seems Becca is getting good enough grades and can keep them up!
She is also sweet, and kind towards her very annoying sister. Really, that deserves a round of applause.

The grandma, at first I wasn’t too sure about her, she was reacting a bit meh about Travis, but later I saw a different side and the grandma became a likeable character for me. I think it is great that she took the care of her grandchildren like this, and even she was not impressed with the parents. Yay!

And then there was the ending. It was adorable! It was cute! And I was swooning and squeeing in happiness.

All in all, even if the road was a bit bumpy, I would definitely recommend this book if you are looking for a cute, sweet romance book with 2 very good characters (Becca and Travis).