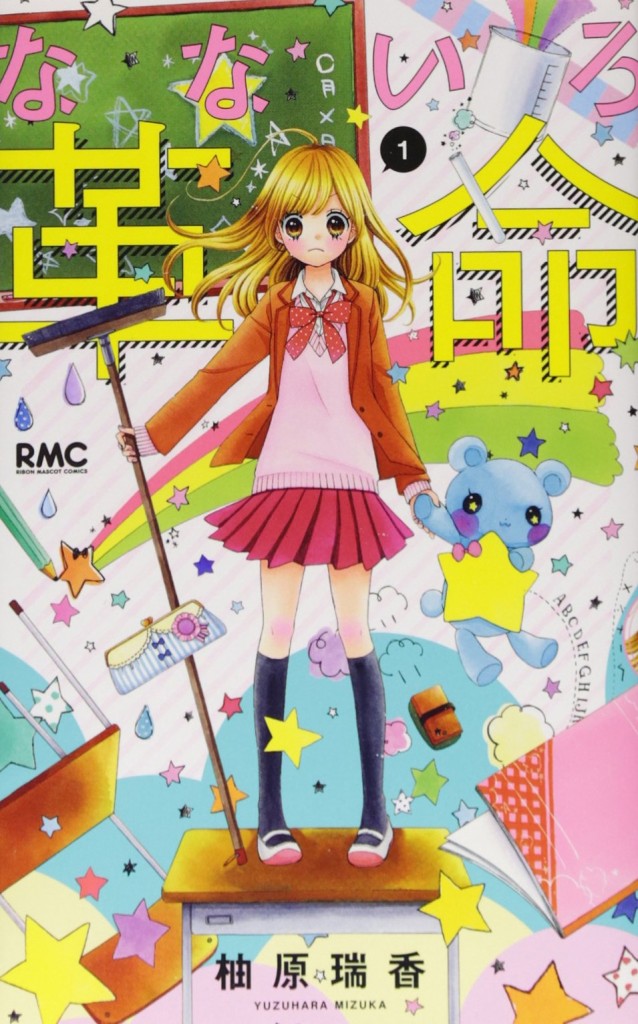 I am not even sure why I continued with this one. It is such a overdramatic train wreck of a manga. Really. Terrible characters, unnecessary and constantly the same drama, bullying, misunderstandings and much much more.

But for some reason I just couldn’t stop. I just had to know if Nana would finally find some happiness, but after reading 4 volumes, I am guessing she will never have peace unless she moves and goes to another school. OH wait, no, I am sure that Yandere Yuyu will stalk and hunt her prey. Yes. Yuyu is that bad.

Yuyu is the main problem with the story. She is terrible. Using her cuteness to get people to do things, turning people against Nana (because everyone believes Yuyu and no one listens to Nana), stealing friends, making sure that Nana is never happy unless Nana is with Yuyu. I called from the beginning that Yuyu was a yandere, and I am proven right given a lot of the later chapters. She is a manipulative bitch who doesn’t shy away from using very dirty means to get what she wants. And what she wants is Nana. Nana to do her every bidding. To not say anything when bad stuff is sad. To be just a good little girl for Yuyu. Bleh.
Never ever did I once think that Yuyu might mean right. No. Just no. She is a terrible person, and I hope she will get some payment back for what she is doing to people. What she is doing to Nana, and later also Himari. I am still amazed that people truly believe her. Really, I just don’t get that. Yes, she is cute, but that is all there is to her. The rest of her is just poison. Poison and death.
I really don’t see it end well. I am just waiting for the yandere to come out with a knife and stab Nana so Nana will always be with Yuyu no matter what. Nice boat ending? 😛
I would continue, but I don’t want to waste any more time on that horrible girl.

Nana was a pretty good girl, and brave too. Though I also felt oh so sorry for her. She doesn’t get any rest. Every time she thinks she can be happy for once something happens and she is back to zero. She tries to convey her feelings to everyone. To tell them the truth, but no one ever listens to her. It is terrible. She is hurting so much.
I was so happy when we saw Himari, but of course that also was poisoned. It seems that Nana cannot have happiness in her life. I would recommend running away good and far away. To some place that Yuyu can’t reach. Then again, as I said, I don’t think Nana can ever escape from Yuyu, not with the internet being able to do a lot of damage.
There were some moments that I wanted to shout at her to just tell someone. A teacher, her parents, anyone. Then again, I do know the feeling of why she isn’t doing that. It might just make things worse, or the blame will be turned to her thanks to Yuyu’s cute charm. 😐
I am at least glad she isn’t falling for Yuyu’s crap any more. Oh, wait. Sorry, did I say that? Too bad that what happened in the fourth volume just blew that one up. RIP common sense. Another one falls to the manipulative yandere that Yuyu is.

Himari. I liked her at the beginning, but really, I didn’t like how she apparently totally didn’t care that Nana might not like her going to Yuyu. Didn’t see in how badly it would hurt their budding friendship. It seems no one is safe from the charm of Yuyu. 😐 And I so liked the girl. How she and Nana were having so much fun. I was so happy that Nana was finally smiling again. Not crying, not being hurt. Finally she could be happy, but then Himari had to fall into Yuyu’s trap.

Shioka, the guy in the story and I quite liked him. He was a bit blunt, and at times a bit harsh, but he did mean well, and he helped Nana quite a few times. He is a sweet guy, and I do hope that he will become even better friends with Nana. It seems he is also the only one in the whole world that doesn’t get charmed by Yuyu. Or at least not as bad as the others. Thank heavens for that.

The story was also just a train wreck of the same things happening over and over again. Not to mention all the misunderstandings that were just frustrating as heck. Then there are quite a few other things that just made my head hurt and made me want to throw something at the manga. Or just burn it.

I will definitely not continue this one. Maybe one day when it is finished I will just check out the last volume to see if Nana will get her happiness or if her life is constantly destroyed by Yuyu.

The art was really the only redeeming part of the manga.

I wouldn’t recommend this manga unless you like watching train wrecks. 😛