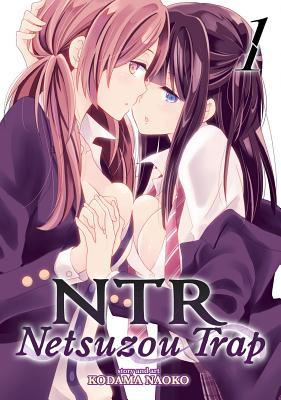 So I heard this one was getting an anime, so I had to check it out. It is something I at times do when I am interested in an upcoming anime. Check out the manga. 😛

I was a bit worried about this one, since there is cheating. And I am not a girl who likes that kind of thing. However, after reading, I am still pissed at the two girls (and also at someone later on who finds out about them but apparently keeps it a secret, but probably won’t do that freely), but I can’t stop reading. I am just hoping for them to be honest. For them to tell someone. For the MC to tell her boyfriend. Plus the story is really engaging, the yuri scenes are perfectly done (though I am not sure how I feel about Hotaru forcing herself on Yuuma). So I just have to keep reading.

As soon as I am done with this review I will head back to the manga and read the next volume. I am quite curious if Yuuma and her boyfriend will have sex, or if she will finally realize that she might not be interested in boys (sorry, there are just too many hints to that, and I hope the girl will realise why she never really cared about boys that much, why she just sees Takeda as friend, and not much more, plus she clearly said a few times during the yuri stuff that this feels better, different, more thrilling, softer).
I do feel for Yuuma. Yes, she isn’t doing the exact right thing, but I can also see she is very confused about her feelings. She is thinking it isn’t right to be with a girl. That it shouldn’t feel so good, that she shouldn’t be so happy when Hotaru touches her. So I am just cheering for this girl to get her feelings on the rails and figure things out.

Hotaru is quite the manipulative girl, and I wonder if she has always been like this, or if it is because of other reasons. She is currently in a not so good relationship. At least I would call it that, the boyfriend she is with is pretty much all for the sex, but she doesn’t always want to. At one point the guy even got pissed off at her. 😐 😐

I quite feel sorry for the boyfriend. 🙁 He doesn’t deserve this at all.

There is quite a bit of ecchi scenes, but nothing too graphic (no real details).

The art is fabulous though. I love how the characters, especially the girls, are drawn.

All in all, I just want to read on to see what will happen. I may give up after the second volume if nothing really changes, even if I want to read on, I just can’t handle this cheating business too much.