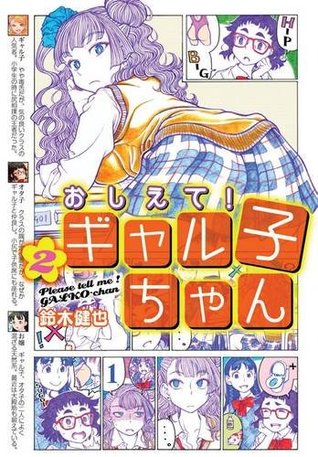 A fun new Galko manga with, of course, some stuff about girl/boy bodies, boobs, butts, day to day life, and much much more.

I wasn’t expecting this comic to come out right now, Amazon.de listed it as March, though other sites listed February 7th. So imagine my delight when this one got delivered. Of course I had to read it.

We have new, and at times, embarrassing questions. But even if the question isn’t embarrassing the topic can sometimes just derail to something embarrassing. Like the topic about skin colour, and how everyone has the same colour down there. 😛
Or Galko wearing a men’s blouse and someone in class immediately thinks it is because she was having sex with a hot guy and she took his shirt.
So yes, there is a lot of boobs, butts, but also a lot of friendship, bad jokes (as in jokes that make you roll your eyes), and background story on the characters.

We also meet new characters and they get some spotlight time. And also some side-characters (like Charao and his girlfriend) get some time to shine. I do hope we see more of them, they do make a cute couple.

It was also fun that people often misunderstood Galko, just because it keeps happening. When she comes in late in the morning, they thought she was having late nights with parties and boys, while actually she was hooked up to a new manga, tv-show, or anime. Or with how she looks (big boobs, and she is a gal) they think she is just doing very naughty things, while Galko has absolutely no experience with those things. It was quite fun to see their realisation when they see how friendly, nice, kind, sweet she is. That she isn’t so shallow as they think she is.

I am also still amazed at Galko’s bag and what is in it. Really, that is some magic bag.

Ojou is still not entirely my favourite character, but we see a lot of new sides to her in this one, and I am started to warm up to her.

I am still amazed that the author is doing this manga in all-colour. Some pages in colour isn’t rare, but the whole manga, that one is definitely rare. It is one of the things that I love about this manga, because it really brings out the characters, the blushes when certain topics get brought up for instance are now clear as day, and I could go on with other things that really are awesome when in colour. I am also not sure if Galko would work if it was all black and white.

I definitely enjoyed this manga and I can’t wait for the next volume to come out.