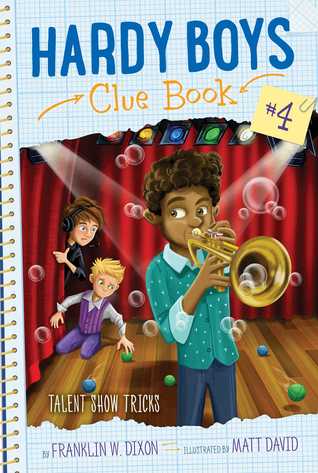 The second book in this series that I found out about yesterday, hoping that I can find book 1 and 2 soon as well, though thanks to book 3 I have been spoiled about their endings (yay).

I have to say that while this book was fun, I didn’t like the mystery that much.It was so easily guessable. I knew from the start who the culprit was and I was 100% right about it when our boys finally, finallllllly, found out the truth. Of course it is that person, it was the only one making sense.

The phantom stuff was fun though, and I looked forward to seeing what would happen next. What would the phantom do this time, would it be worse than the first thing they did?

I almost cried tears when I saw Iola. I immediately had flashbacks to the first book I read of the Hardy Boys in which she dies in a bombing accident. 🙁 🙁 It was such a delight to see her back, and alive. Of course she isn’t Joe’s girlfriend, but I do hope in this universe future they will get together.

I loved reading about the talent show, and all the acts that were represented. From magic tricks to music acts. I have to say that at first I thought it was a musical (considering they have a director and there are parts that have something for everyone), but then I found out it was a talent show.

I liked how well it fitted that Joe was on stage, and how Frank was in the backstage crew. It fits perfectly.

Like with the other book this one also has illustrations peppered all over. I am warming up to the style. It does fit the Hardy Boys perfectly.

I would recommend this one to everyone who is a fan of the Hardy Boys.