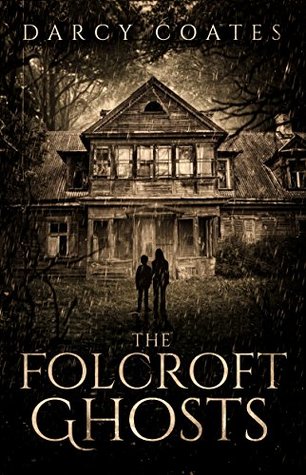 A pretty great book with lots of twists and turns.

So I have been meaning to read this one, but couldn’t find it, then I found the audio book, and while I don’t like audio books (it is just so slow, I can read the same book in +/- 2 hours while they take 5 to 6 hours for it), I just had to get this one.

I do have to reduce one star from the total for the audio book/narrator. The narrator just didn’t fit, and I was plenty of bored. I even noticed that I was falling asleep at times. She was just reading it all too monotonous. I even let my boyfriend hear the audio as he was curious, and he agreed with me, also saying she was exaggerating several things (to which I agreed back).
The narrator being hit or miss is also another reason why I tend to stay away from audio books. You just have to be lucky and have a good narrator, or else the book is definitely less fun.

Now for the book. It was pretty great, it was a bit slow in the beginning, but when stuff started to get a bit more interesting it stayed interesting and fun. I just needed to know more. What happened to the mom? Was it an accident, or was it more? How did the grandparents know about the accident and the kids needing a home? What is up with all the spooky stuff happening around the place? Will the kids get out safely? Why was the mom so adamant on getting away from her parents? What is up with the house? I had so many questions, and all of them got answered and it was truly a ride to remember.

Also something that I didn’t expect was the fact this was YA-ish. Since this is Darcy Coates I was expecting an adult horror book. So it took me a bit to get into the story as it was quite different from her other books. Still the same writing, but different age group and that is quite noticeable.
In the end it turned out to be quite a good YA, but I think I much prefer her adult horror stuff over this.

Our MC was Tara, and I have to say I didn’t like her for most of the book. She was a sweet girl in the end, but the way she was treating her brother, how she kept dismissing his love for books, how rude she was about reading in general. Then there were several other things that I didn’t like about her. She did get better in the long run, but yeah, there were several times that I just wanted to pause the audio book and not go back.
Later on I saw a sweet girl and a great sister who would do anything to help her little brother out. She was hard at work to get them out safely, to find the answers, and to keep them alive.

There were several scarier parts in the book, the author definitely knows how to write atmospheric horror parts that will give you goosebumps and will have you look around you to see if anything scary is lurking nearby. The ghosts often weren’t the only creepy thing going on. Mae (May) and Peter were also going for the first place in spookiness. The way they acted, the way they did stuff, the secrecy.
The ghosts were creepy, at least at first, after reading the book I saw a totally different side to them and actually felt sorry for them.

As the book continues we find out more about the Folcroft family, about the mom, about what happened at the house. About a certain event that happened 5 years ago. About a diary and what is in there. The book really keeps you on your toes, even when you think you know what happens it will throw something else in your face and startle you. Even me, near the end, was quite surprised with what happened there. I love a book that keeps you thinking, that keeps you on your toes, and that loves throwing well written twists and turns.

The ending was terrific, though I had wished that a certain thing was done and said. Now it felt a bit incomplete. Maybe an epilogue would have been nice.

But all in all a book that creeped me out, that gave me plenty of goosebumps, a book I hope to re-read one day again, but this time on my own.