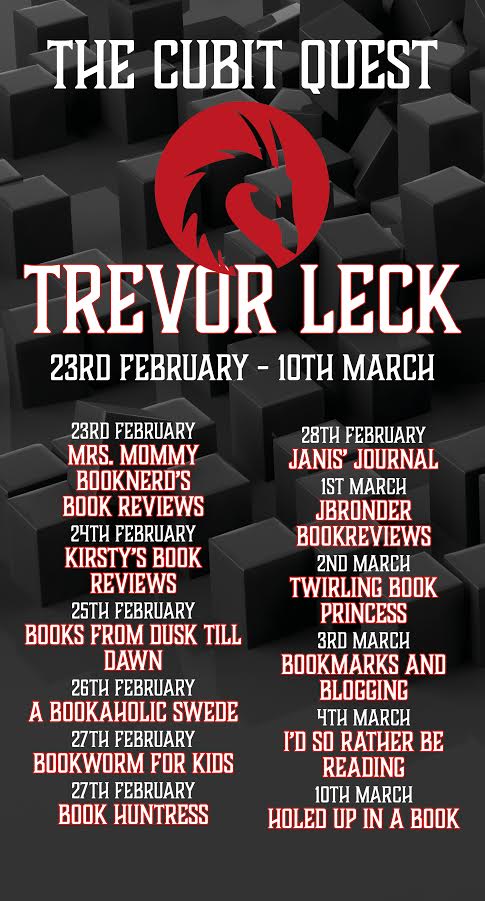 Welcome to the Cubit Quest Blog Tour! I am delighted that I was asked to participate in this one. The book sounds really adventurous and interesting, and I can’t wait to read it.

For this post I have the standard information (book and author), but I also have an excerpt from the book for you all to enjoy. 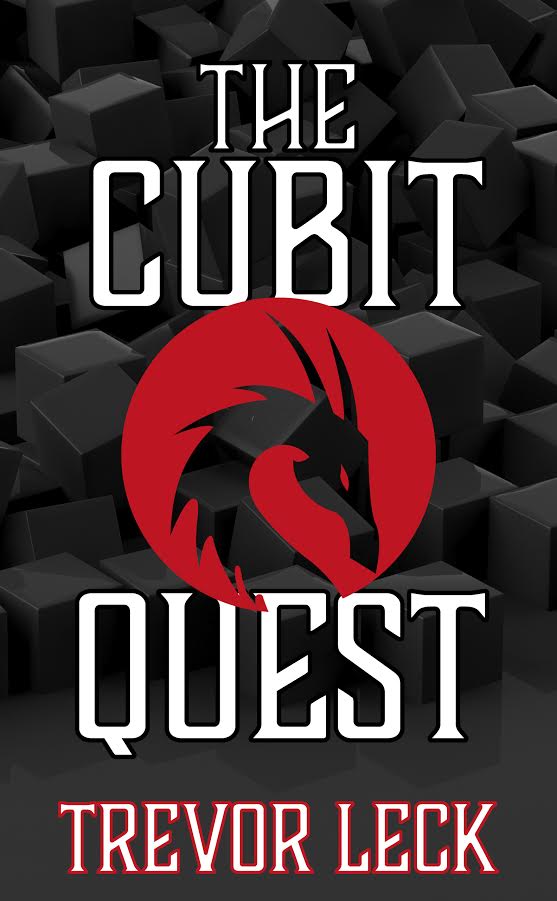 Twelve-year-old Charlie Watkins could have inherited his dad’s massive intellect.
He got his massive feet instead.

Perhaps if Charlie had that intellect he might have been able to figure out why so many men in suits were suddenly following him or where his dad hid the Cubit – a mythical object that men have sworn to protect and even more have died trying to possess – before his so-called accident.

If starting yet another new school wasn’t bad enough, Charlie meets Mr Leopold, a disfigured, mind-reading lunatic and discovers that he alone must find the Cubit if he is to save his dad. The Brotherhood, however, have other ideas. Led by the ruthless Draganovic, they will stop at nothing to get their hands on it. With the help of Mr Leopold and fellow new boy Elvis, Charlie sets out on The Cubit Quest.

Hunting for the Cubit, playing football, lessons with the dreaded Funeral Face and unsuccessfully avoiding school bully Grimshaw by day, Charlie finds his nights no less complicated. Stalked in his dreams, he’s soon immersed in a world of power struggles, battling dragons and duels to the death. With the Brotherhood hot on his heels and as the bullets begin to fly, there are no guarantees that Charlie, or anyone else, will make it to the end in one piece.

Living in Telford, Shropshire, Trevor Leck has been dabbling in writing for over fifteen years. Always a fan of gripping adventure stories he has taken inspiration from his favourite authors, including John Grisham and J K Rowling, and the towns and cities he grew up, especially North Shields, to create his Young Adult series.

Melody, the Red Dragon’s personal secretary, flashed a beautiful smile.
‘I’ve been summoned,’ Mario said.
The smile fell from her lips. ‘Mario–’ He stopped in mid knock. ‘–Be careful. He’s in a foul mood.’

The Red Dragon was by the window, arms folded across his chest.
Mario didn’t speak. He knew when to hold his tongue.

The Red Dragon knew what the men wanted to know. ‘The attack was successful. The last I saw of Jonathon Watkins he was straight on his back.’
Flat on his back, both Mario and Ulrich said in their heads. Neither man felt inclined to correct the Red Dragon’s English.

‘And the boy?’ Ulrich enquired. ‘What if he finds the Cubit and drops it into Leopold’s lap…’ He paused to let the words sink in. They all knew the consequences. ‘Perhaps he should be eliminated from the equation?’

‘But he’s not even of age, not yet thirteen,’ Mario piped up. ‘Surely it would be wrong to take this course of action.’

The Red Dragon got to his feet and Mario stopped talking. There was no mistaking the authority in his voice. ‘We must, as Ulrich said, eliminate the boy from the equation.’

‘Consider it done my Lord,’ Ulrich said without question.

The Red Dragon threw him a murderous look. ‘Leave him to me, I will deal with him myself.’

This Blog Tour was organized by:
Publisher/Author