Ending the week with a Book Blitz, what fun! Especially one that has such a gorgeous title and cover! I am getting lots of summer vibes from this, and it makes me wish that summer would come here even sooner.

The book itself (reading the blurb) sounds a whole lot darker than the cover (or title) makes it seem.

I got some basic information, but also an excerpt (I hope you like the one I picked) and a giveaway (open international (\o/) and with multiple prizes).

The book is coming out today (March 10th) and is published by CreateSpace. 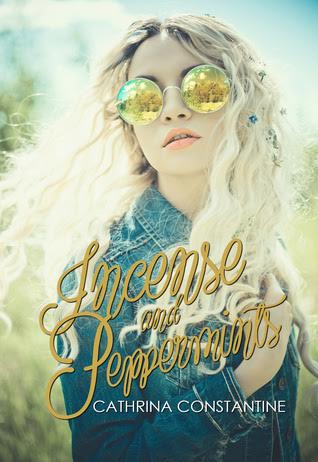 Peace demonstrations, sit-ins, and burning the U.S. flag following the escalation of the Vietnam War are leading to a catalyst known to the world as the Sixties, and a musical revolution, flower power, hippies, marijuana, and drugs are carrying the generations—young and old—into a new decade. All the while sixteen-year-old Mary Monroe is caught between being an innocent good girl and an autumn of sex, drugs, and rock ‘n’ roll.

When her brother offers a solution to her dilemma in the form of a little pill, Mary ignores the rumba in her brain and takes a walk on the wild side. Plunged into popularity and a life she’s only imagined, she meets Michael Covington, the hot newcomer, and she’s instantly drawn in by his less than flawless exterior and bad boy sex appeal. Caught up in the danger and excitement as they drift from party to party, into underground fight clubs, and through a series of drug and alcohol fueled adventures, Mary follows her new crush into a world where young girls are never truly safe from the predators lurking in the shadows and young men are hiding from the harsh reality of war.

Feeling buzzed and as if her life is spinning out of control, Mary is assaulted by an unknown man at a party, and she’s left questioning if the enigmatic Michael is truly her hero or if he is the face behind the terrible attack. With every piece of information Mary learns about Michael, her doubts grow deeper, but with every minute she spends in his presence, so does her love.

With the war and her fear threatening to separate Mary and Michael forever, only the death of a friend, a crushing confession, and her own sensibilities can carry her over the threshold between adolescence and adulthood.

Cathrina Constantine is the Best Selling author of Don’t Forget To Breathe. Her book won Readers’ Favorite International Book Award for 2015 and The Literary Classics Seal of Approval and Literary Classics Gold Award. Her Paranormal Fantasy, Wickedly They Come has been awarded the 5 Star Seal from Reader’s Favorite. Tallas from her dystopian series received Literary Classics Silver Award and Literary Classics Seal of Approval.
Cathrina resides in Western New York with her husband, five children, two Labrador Retrievers and her cat, Bones. Author @chbbpublishing. Crushing Hearts and Black Butterfly. When not attached to her computer, she likes to take long walks in the woods with her dogs, drink way too much coffee, and is an avid movie watcher. She loves music and doesn’t need a dance floor to shake a leg.

The motorcycle lurched, and my arms automatically wrapped his waist. And I despised myself for loving the feel of his body. We careened down asphalt roadways, and I wondered where all the cops were. When he gunned the motor I leaned into him, resting my head on his back and watched the world smear by.

Michael’s affinity for groundless danger escalated with me clinging for life. In my delirium, instead of heart pounding panic, my pulse spiked with incongruous bliss. Untangling clenched fingers from Michael’s waist, I extended my arms like a tightrope walker. I hooted into the wind that poured over my cooled skin.
Michael’s spirited howl sailed by my ears.
“Hold on.” His fingers seized my extended arm and brought it to his chest.
Burrowing my hips closer to him, I knotted my hands around his waist. Our bodies sloped sideways as we rounded a curve, and his black hair whipped about his head at an incredible rate.

We travelled along homeless roadways at an absurd velocity where speed limits weren’t a factor. Eventually, he drove back between the brick entrance columns of the park.