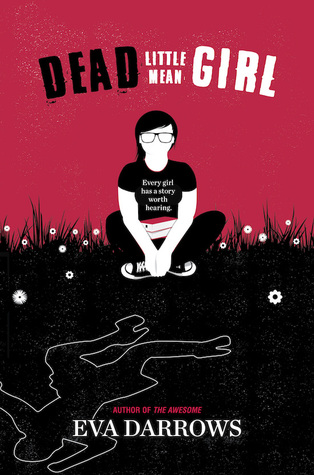 I received this book from the publisher/author in exchange of an honest review.

So this book starts off with a bang, death instantly. So we all know that the stepsister is going to die. We just don’t know how it happens.

It was a very effective intro, as it kept me wondering when we would reach full circle (aka when we would get to the part where this death happened).

I will try to write a review, but I am still quite wowed by this book, so it will be hard, so bear with me. 🙂

I could connect in so many ways with the character, and the mean girl was written so realistic that it was all recognition for me. I also had a mean girl like that in my life. A girl who was angry, then when she needed people was friendly, only to go back into death mode fast. We kind of lived at the same place for reasons. Together with some other people. I won’t go into much details, but lets say it really hit home, this book. Sure, it took me a while to realise it (80%) but then everything just connected and I just could see the bigger picture even better. The later part was also so true, about the mean girl, that she was probably asking for help, that she just needed someone to tell her things would be OK. I am not sure if anyone could have helped the mean girl in my life (she was pretty deep into things), but the stepsister? Yes, someone might have helped her. Someone might have told her she was loved, showed it in different way than just buying things. It might have been a hard, long, tough road, but I can already imagine that she might turn out to be sweeter.

Emma was just an amazing MC, I loved how she stayed true to who she was, didn’t let herself be bullied to be someone else. She could have done so many things, but she stayed true to who she was. Of course, she wasn’t happy, she wasn’t feeling good, and I can imagine that, I know the feeling all too well. I felt sad for her that she had to go through this, that it seems that no one was listening to her. Her mom tried her best, and Quinn mom as well, but especially Quinn’s mom just made it worse by spoiling Quinn further and further.
I was also really proud of her at the ending, for what she realised then, and how she handled it. I did feel a bit angry that she felt guilty about Quinn’s death. You don’t need to feel guilty. It wasn’t your fault. I am glad her friends also tried to tell her this.

The moms. I loved both of them, though I have to say I liked Emma’s mom the most. Quinn’s mom was too much, oh dear, my kid is doing something wrong, let me buy x and y expensive thing to make things better and make sure she will not do x and y again. Which in turn made things only so much worse.
But I loved them together, they were pretty much different, not only in how they looked, but also in how their personalities were, but they fitted together so wonderful. I also loved how how they tried to not be too much love-dovey in front of the kids as they knew it was a change for both of them. It was really sweet of them.

I so didn’t like Quinn’s dad. He was horrible. He cared more about his own things than his daughter. 😐

Emma’s friends were definitely fun, and I liked them all.

What more? Well, the story was great, and it was a very engaging read and the author really did an amazing job on writing the characters. They were all so real, so wow.

I would highly recommend this book to everyone. And sorry for the slightly chaotic review, I am still just so amazed at this book, and I am having trouble getting my feelings turned to words.