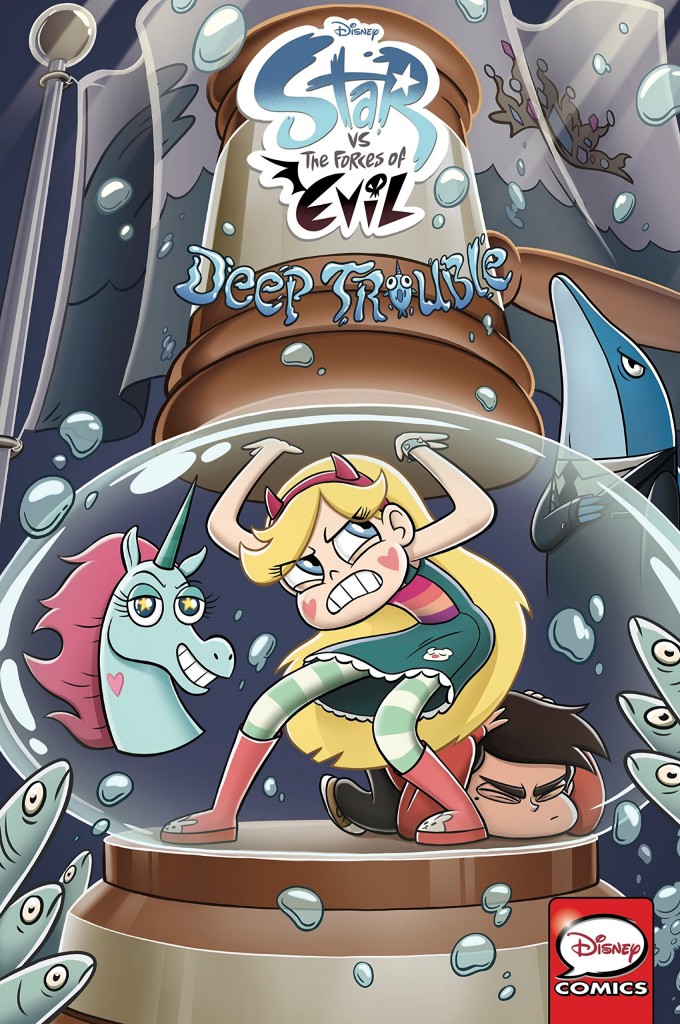 Ah, a way to fill the hole of emptiness that the series left me while I am waiting for season 3 to start airing (I heard it was planned for the summer, so many more months to go).

Also yes, this actual edition isn’t out yet, but the individual comics are.

I am a giant fan of this show. One day I heard about it and started watching, and that was the end of me. 😛 So I am delighted that this show is getting comics and books as well, just like Gravity Falls did.

The comics are, thankfully, in the same drawing style as the series. Why is this such a relief? Because I was worried we would get a totally different style, it happens to comics after all. But thankfully these are just in true Star style.

At first I was worried it would be way too Pony Head centred. She isn’t one of my favourite characters, especially not when talking. And in a way it is centred around her (because duh, she got into trouble (again) and Star has to save her), but you barely see her after the first issue.
Instead we see Star and Marco cross several dimensions/alternate universes. For instance the one where her mom and dad meet (soooooo cute! sooooo adorable! I loved seeing both of them, and then before they fell in love and got married) or the one with all the cats who have human faces (creeeeeeepy).

The Glossaryck one was definitely bordering on NOPE, especially that neighbour drooling over teenage girl Glossaryck. Ewww. No. Just no.

I am just sad that the comic ends on a cliffhanger. I had hoped that the 4 issues would form one story, and that a new story would start in the next issue. Now it is just waiting for issue #5 to come out, hopefully soon, as I want to see if our heroes will save the annoying Pony Head.

But all in all, I definitely enjoyed reading this, I wouldn’t mind seeing these comics animated, I am sure it would be even more awesome then.