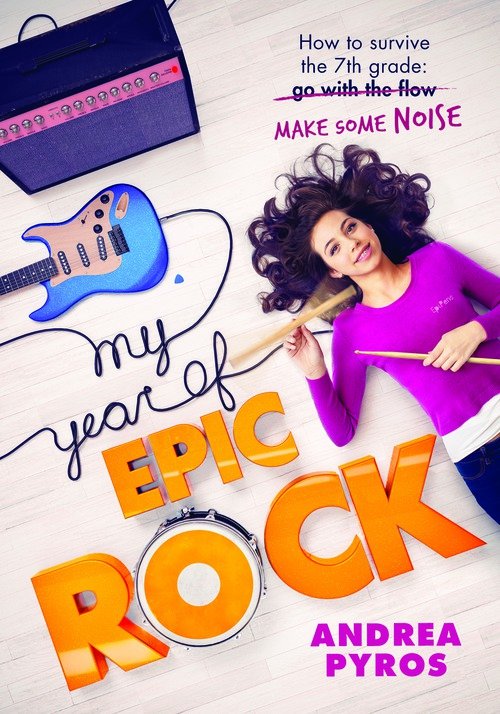 I am sooooo happy I bought this book on a whim, it was fabulous! It was fun, it was sweet, it was hilarious. And also, for me at least, very relatable.

Yes relatable, I may not have an egg allergy, but I do have a peanut-allergy (and some other stuff as well, yay). I also have an epipen with me on hand at all times. I know that it at times can be difficult to ask what the ingredients are in x recipe. I know also that people will look at you weirdly, or will treat you different if you mention you have allergies. So yeah, I could understand the girl, I could also understand her frustrations and her fears. The author really did a terrific job on describing how it was to have an allergy. But not only that, also when our MC eats something bad, what happens. I am not sure if she has an allergy, knows someone nearby who has an allergy, or if she just did a lot of research, either way, I am clapping my hands because it was well-written.

I loved the fact that the mom did such wonderful things for her kid. Sure at times she was a bit overreacting, and at times I was wondering why she was so invested in knowing everything about her daughter’s friends. But mostly I just loved her. She took up to writing cooking books to help her kid and also others like her. She does all sorts of research, and I was just amazed. Not many parents would go to such lengths.

Next to the allergy and how that finds our MC new friends, we also have an old friendship that went into pieces before the school started, though our MC had no idea until school started. I felt so sad for her, and I was so angry at Brianna for being such a total wart. Then again, I do know the feeling of a friend who, without saying anything, just turns away from you or changes drastically. Like our MC I also tried talking, but nothing came of it. In this case I just want to wish that Brianna would have just talked. Even if it was just a bad thing, even if it was dismissive, it would be anything over the ignoring and being quite mean towards the girl you were friends with for years.
Our MC was understandably quite sad about it, and I just wanted to hug her.

The new kids, the new friends for our MC? I loved all of them. Shane was a bit extreme at times with his ideas, but Tiernan, oh Lord, I loved him to pieces. He was sweet and supportive. Of course from the start I knew that he would just be a friend. Hey, no spoiler, there is absolutely no romance between these two. Our MC actually has another guy she quite likes, but isn’t sure he likes her back, I will talk about that in a bit.
I also quite liked that the kids, all but one, had allergies. This may sound bad, but this way they all had an understanding of what was going on. They could help each other, and if one wanted to check ingredients they understood. If one needed help, they helped because they understood what to do. It created a bond that I immediately saw, and which to my delight, got stronger and stronger.

We do find out a bit about the MC before she got friendless, apparently she wasn’t always that nice, she truly followed her ex-friend Brianna and did some things she is now embarrassed about. When I first read about it, I was quite confused, this girl, doing that? Wow… I just didn’t see it in her.

The romance was adorable, and I was truly shipping for these two to get together. They had quite a bit of chemistry going on, so most of the book I was shipping them like crazy. 😛 I won’t tell you if they got together, you will just have to read the book and find out.

Her idea to make a band? Loved it, and I also loved the response of the group. The parts with them practising were fun, as was the talent show near the end. I do hope that they will continue rocking and won’t stop now that the show is over.

There are many other good things in this book that I really enjoyed, and I really flew through this book. I am actually hoping for a second book, it would be perfect as there is still some story to tell.

All in all, highly recommended!