For today’s WoW I got a super adorable comic that I just want to come out (is it October already?), it is a comic that I knew about before it was bundled. I follow the illustrator/author on Twitter, and have read some of the pages. So I was squealing when I heard that her cute art and fun story is getting published, congrats!

Plus what is there not to like, we have bunnies, an evil queen (yay!), world domination going on, magicians, quests, several kingdoms, destinies that need to be fulfilled. squees some more 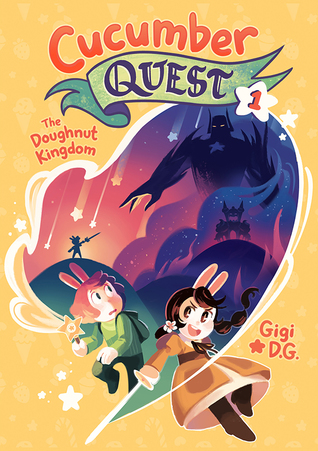 What happens when an evil queen gets her hands on an ancient force of destruction?

The seven kingdoms of Dreamside need a legendary hero. Instead, they’ll have to settle for Cucumber, a nerdy magician who just wants to go to school. As destiny would have it, he and his way more heroic sister, Almond, must now seek the Dream Sword, the only weapon powerful enough to defeat Queen Cordelia’s Nightmare Knight.

Can these bunny siblings really save the world in its darkest hour?