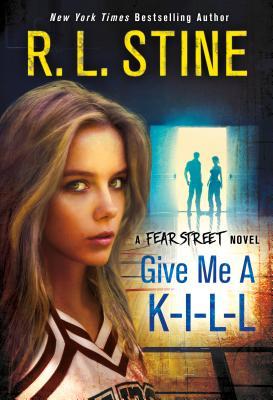 The cheerleaders are back, and they are here for a K-I-L-L, what does that spell? Murder, mean girls, and much much more! cheers

Before I start, I first have some things I need to say. For starters I just had a laugh at the blurb that is on Goodreads and that on my book copy. Is that a pre-blurb, and did things get changed? If yes, then then I love the nod on page 15 towards the old name (Heather).

Also the blurb is pretty much incorrect even the new one that is on my book’s back. Lack of funds? No more cheerleading because of that?
Whut? No. Yes funding does have a roll in the book, it isn’t what the blurb makes it out to be. So I am bit disappointed at that, eh, then again I am kind of used to blurbs not being correct/not entirely correct.

I found an error on page 29, Devra calls her dad and he calls her Gretchen. What? Why would you call your daughter Gretchen, and why doesn’t Devra mind considering that Gretchen is her rival?

Now for the rest! Gretchen, ah Gretchen. At times quite the favourite girl of mine, but at times I just hated her attitude. The way she treated people, like she was always better. Or how she treated her mom (though I have to say I can slightly imagine that she might get pissed, I would also get pissed if my mom was just riffling through my stuff, cleaning up, checking up on stuff, we do later find out why the mom is overprotective though, but it still frustrated me and at those times I could understand why Gretchen acted the way she did).
I also didn’t like how she was cheating with Sid (no, I wouldn’t call this a spoiler, come on it happens quite fast). Even later I was just screaming at her to tell Stacy, to be honest about it, but oh no, this girl just kept it all bottled up. sighs
But she was a great cheerleader, and I wouldn’t have minded seeing her awesome tricks. See her tumble and fly around. She also did have a sweet side to her, she was pretty kind to quite a few people, including Madison.

Devra was just a terrible girl, and I disliked her from the start. Her attitude is even worse than Gretchen. Yes, I can imagine that it must hurt that you may not get a cheerleader position, and I agree that it was unfair, especially since you have been promised this, and it is your last year. But that is no need to act like this.

The gruesomeness of some events was typical Stine, and I just adored it. It was creepy, but also a bit hilarious because of how over the top it was. Of course, murder isn’t good, people hurting is not good, but the way Stine writes them, wow. I am sure if people read that one scene that they will also be like me.

The whodunnit, not only who is bullying Gretchen, and what is going on with the squad? I had a lot of suspects, I was eyeing a lot of people. Closer to the end and with the revelations there I had 2 clear suspects and I was eager to find out who of the two was the real one. And then I was just squealing in delight at finding out.

The ending was perfection, of course in typical Stine fashion, we have a twist or something at the end, and sometimes I find them annoying, as for me the book is over, but this time I just didn’t mind/care.

This book will keep you on your toes, toss all sorts of things at you that will make you doubt everything, and then flip it all over again. It has murder, cheerleaders, and of course lots of Fear Street and Shady Side. Highly recommended. I hope that R.L. Stine will write more books about the cheerleaders, I just love their stories.