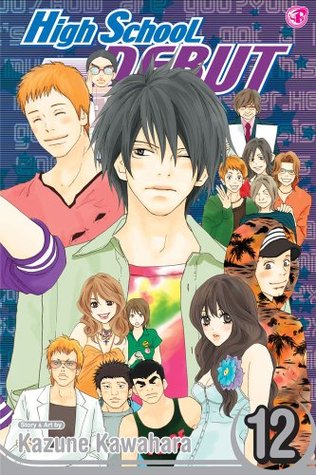 Well this was a bit of a hodgepodge volume, we got a lot of things happening, and while I was happy for most of the volume there were things I didn’t like.

For instance the overnight trip, I was really looking forward to romance, but instead it was just super-awkward. And not even that, but then x happened and eh. I really hoped that these two would get a little closer, some more hugging, maybe even more. Oh well, I guess it was to be expected. Haruna is just too weird for this kind of thing, though it seems that even she is starting to develop those feelings, yay!

The next part was my least favourite. So after 10 months now you are suddenly being a bitch about them being together? Girl, please. He is your brother, you can’t just claim him and tell everyone off when they come close. Bah. Asami is already a hit/miss character, at times I really like her, but during these moments I just want her out of the story.

The next two events are Mami and her secret and something that will set the tone for the next story. I am definitely shipping her and Asaoka, I know it won’t happen (unless a miracle happens), but I am still hoping and praying to the gods of love. I had expected the secret to be big (considering how Mami is acting), but instead it was just something like that. Even Haruna wasn’t impressed. The trip was fun though, I wish my school (back when I was at school) had these trips too.

The next and last story is setting the tone for the next volume. Yoh has to pick a career and a school, and Haruna is all supportive, until she learns that he might leave for Tokyo. I was just sniffling along. I know the feeling of supporting your boyfriend but actually wanting the total opposite. hugs Haruna