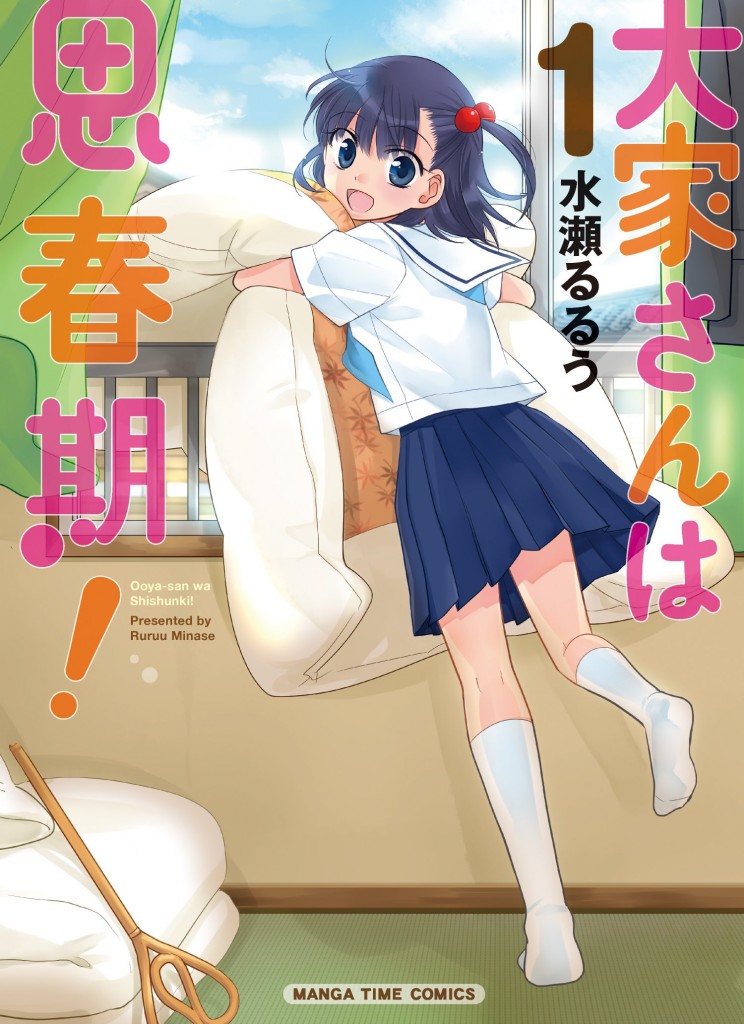 I watched the anime of this one back when it aired. The episodes were short, which was fitting for the 4koma format of this manga. The anime wasn’t super good, but still nice to watch (even if I had a problem with Maeda drooling over Chie). So today I thought, why not check the manga as well? See if it was different, or if it was the same.

I kind of wish I hadn’t. Not only doesn’t the story work well in this mode (this kind of stuff just works best animated), but I was also was so annoyed with several of the characters, and add to that I was creeped out with the Maeda x Chie stuff (though Chie was way too oblivious to it all, as expected).

Chie was just way, way, way too naive/dumb. I was even wondering how she survived without anyone for so long as she did. She doesn’t know how ATM’s work, she was magically impressed by a peeler, she doesn’t know what a smartphone is (or probably any fancy phone), and then there are a lot of other things, it was funny at first, like, how does this girl not know? But then it got ridiculous and stupid. How can she not know all this. She is in charge of the place, but still brings the money (yes, a 12 year old) just brings all that money by hand to someone to take care off. She doesn’t really get common stuff. When she starts a cooking club, instead of just making something small she makes food for 100+ people and doesn’t get that this isn’t normal. sighs

Not to mention her going into a MALE’s room all the time without a care in the world. She even sleeps next to him once not even thinking she may just go to someone else’s place instead.

Then there is the issue of how Maeda is obviously interested in the girl, even practically drooling over her at times. She is 12(ish) years old, no, just no. I don’t think it is funny. I don’t think it is hilarious. And I just wish he would tell her to stop visiting him all the time, stop entering his room without a care.

Reiko was the only character I kind of liked, her obsession with Chie was a bit creepy, but generally she is a good woman and I like how she tries to take care of Chie.

But I will definitely not continue this manga.