The novella that takes place in the Christmas break. A fun short novella from the POV of Ben and Rafe. 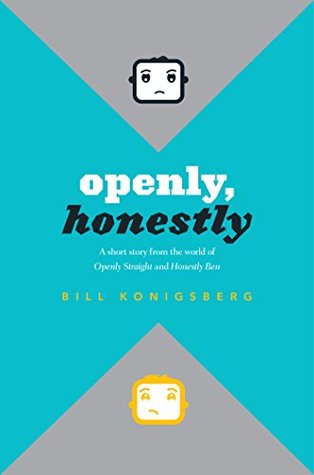 I first tried this book before deciding to re-read. Boy, that was a bad idea, as I had no clue what was going on, or at least, I vaguely had an idea, but that was it. I did know the characters, their names, and maybe some flashes of what was going on with them, but nothing more.

So off I was to re-read land, and as soon as I was done with that I took up this one and I loved it so much, I finally could understand what was going on in this one. Who all the characters were perfectly, and also when this one took place.

I also adored that we saw both POV, not only Rafe and how he felt, but also Ben and how he was coping with this whole situation. I am happy that the author picked this format, but I am also happy that he decided to write a little book about the time between an old semester and a new one. Plus it gave so much more depth to the situation from book one. We see both of them try to figure things out. Rafe trying to get over his sadness for losing Ben, and how stupid he feels for all he did. Ben is still pissed at Rafe, and he is trying to cope with the feelings he has. He feels betrayed.

It also gave us more insight in both of the character’s families. Rafe’s was pretty well known already, but Ben is new territory and it was fun to see his family, to see them interact. It was a bit cringey at times, especially Ben’s father wasn’t really my favourite, and I wish his mom stood up for herself a bit more instead of just taking it all and being dead all day.
We also clearly see the contrast between the two families, and boy, what a contrast it is. Rafe’s accepting parents, helpful friends, kind and friendly town/city with lots to do, to Ben’s close-minded parents, a tiny town with nothing to do.

We see how Rafe and Ben spend their winter breaks. From Rafemas to sledding down hills.

Definitely would recommend this one, it was quite an interesting read and it bridges the first book to the second book. Oh, and I love the title, it makes much more sense if you know the titles of the first and second book!