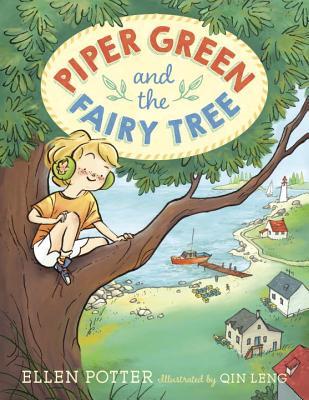 I just found out about this series and decided to marathon it. It has magic, islands, lovely illustrations, and a few interesting characters.

This will be a bundled review for all the 4 books currently in the series (I also saw there is a 5th book coming out when I was finished reading book 4, I may read that one when I find it). Each book will have their own rating, and at the end I will also post the average rating for all 4 books.

Piper Green and the Fairy Tree: 4 stars. Well this was a pretty decent start, though I have to say it was a bit too short for my liking. This felt more like one chapter of a story instead of the first book in a series.

Also, I may be the only one, but I thought Erik was dead. With how everyone talked about him, especially Piper, I thought something terrible had happened, but instead Erik just had to move so he could go to high school.

I quite liked Piper, but at times I just found her rude and a bit too weird. Especially towards adults. Yes, I get you miss your brother, I get that you want to keep those earmuffs on, but really, no is no. It just that easy.

I quite like the world building in this one. The islands seem like a fun, peaceful place to live. I also like the name of the islands (Peek-a-Boo).

There are also illustrations throughout the book and I am glad to see they are all just as fun as the cover illustration is. Piper looks a bit like Judy Moody (just younger).

I will be reading the other books in this series, and then bundle the reviews on my blog. 🙂

Piper Green and the Fairy Tree: Too Much Good Luck: 3 stars. Mm, I liked this a bit less than the previous book. 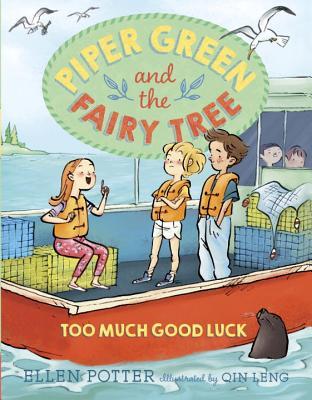 It mostly had to do with Piper. As I said in my previous book’s review I thought she was rude at times. In this one she is also slightly mean and ungrateful. Her mom takes her time to make sure her kid has the best bedroom ever, with her favourite colour, and makes sure to paint other things that colour. The first thing her kid does? Complain. Not even want to enter the room. Not even want to sleep in it. Wow. Nice kid. Real classy. And yes, I realise this kid is about 7 years old, but come on. What did you think, that your mom is just going to buy new paint and paint everything again? No.
Then there is the whole Camilla stuff and the lie Piper told. No just no. I understand that it isn’t fun if your class pet has to go, and frankly I also don’t get why they didn’t just keep it in another room, but you just don’t do that kind of stuff.

There were also fun parts, like the last pages (is this a recurring theme and will the next book have the same event happening at the end?), or the whole island stuff (I just adore stories taking place on islands), plus at times Piper is a pretty sweet kid, she sure has passion. 😛 Plus I am loving the illustrations more and more. They are just so fun. 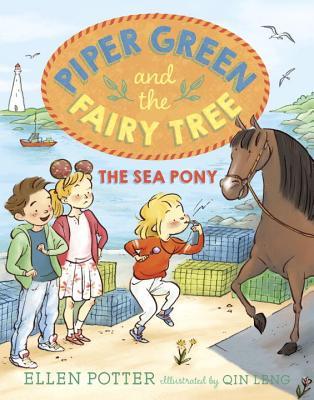 Piper Green and the Fairy Tree: The Sea Pony: 3 stars. Well, this had good and bad (and one confusing) points.

Bad, I thought that Piper would understand Lobster catching by now, but no, she just throws half of the bait they need off the boat for a freaking seal. Yes, I know the kid is 7, but I may hope that someone who has grown up with her dad’s job and even went with him sometimes, would know that throwing all the bait is a no-no.

Confusing, I never seen/heard of a kid of Piper’s age who doesn’t know what a whistle is. Sorry but whut?

Thankfully it turned out that while the ending was predictable, it at least wasn’t the same as the previous 2 books. It did involve yet another animal though.

Plus I am still loving the life on the island, it seems oh so much fun. Though I can imagine it might not always be the easiest (since not many things are located on the island and you will have to travel to get everything).

The fairy tree is still a fun concept, though I do wonder if it just isn’t that one woman putting in stuff into the tree. 😛

I was happy for Piper that her brother was around this time (even though in the end he mostly was in bed due to the flu).

Well on to the 4th book, the last one for now it seems.

Piper Green and the Fairy Tree: Going Places: 3 stars. Welp, I was pretty annoyed with Piper. I just don’t like it when characters can’t be honest. And who the freak cares if you haven’t been 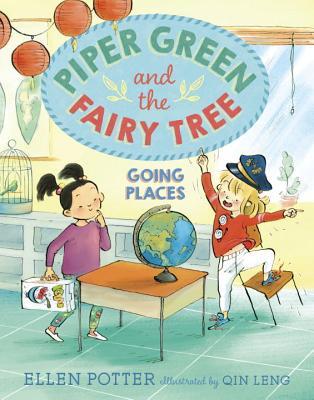 on a plane yet? I didn’t get onto a plane until I was well in double digits and I never cared that much about it. sighs Kids these days. I am sure no one would have minded at all in that class, well except little miss perfect Allie, but eh, that is Allie.

I did love the travel stuff, and how the teacher made it super awesome for the kids. Not only did they go in a fake plane (with everything added to that including customs), but she also changed the classroom, had special stamps, and even made sure someone who knew all about the country visited. I am sure these kids are going to remember this for life.

I did feel a bit sorry for Piper when she found out the truth about the x-ray glasses. But at least something good came out of it in the end.

But I am still happy that I read these 4 books, and I quite enjoyed them in the end. Lovely illustrations, a lively story, and much more.