Welcome to the last Blog Tour of May (can you imagine it is almost June). Today I am proud to have the Blog Tour for Black Dawn by Mallory McCartney at my place.

For today’s post I got the normal stuff that you will find in all posts like this, but I also got an excerpt, a quote image, and a giveaway! It a really packed post, and I hope everyone enjoys it!

So here we go! twirls Buy the book here: Amazon |||B&N ||| The Book Depository
All about the author: 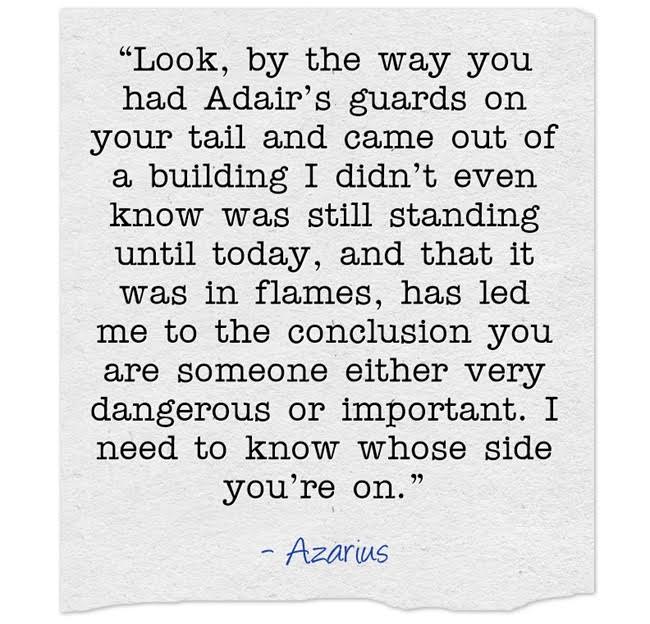 Excerpt time! So much tension!

It was half-whispered, but his face drained of color all the same. A knife she didn’t know he had on him was suddenly at her throat as he shoved her against the nearest tree. The steel bit into her neck, droplets of blood trickling down her skin.

A slight breeze tousled her hair as he breathed heavily, eyes flicking back and forth as he took her in. Narrowing them, he murmured, “So you are both dangerous and important.”

She had nothing to say because she agreed. He huffed, talking more to himself, “Today really couldn’t get any worse, could it?”

Dropping the knife, he ran his hand through his hair.

“I’m assuming you had mistaken my twin brother for me, but the more important question is, how he could be alive when I thought him to be dead years ago? When the Academy fell—”

He tilted his head in question.

“Over the years, a resistance has been building…hiding from Adair until we were betrayed. Alby was part of this, but Adair—he has him.” The words came out in a rush.

“So it was true. There were always theories, but it seemed too unrealistic that some of the most influential people of our country would stand by and do nothing while thousands died.”

She cringed as if he had slapped her.

“Especially you, Emory Fae… you alone could have gotten Adair’s attention. Anyone who is anyone knows about Adair’s blood feud with your family. Exactly how is it that you of all people are alive?”

Before she could answer, a husky voice called out, “Azarius!””

He snapped to attention, the knife flashing back to hold her from running. His anger was stifling.