Welcome to the Paperback Release Day Book Blitz! Today When Planets Fall will have its paperback release! Hip hip hooray! What fabulous news!

For today’s post I got the standard information (book, author), an excerpt (and it is a really great one), but also a giveaway (sorry guys, only US). 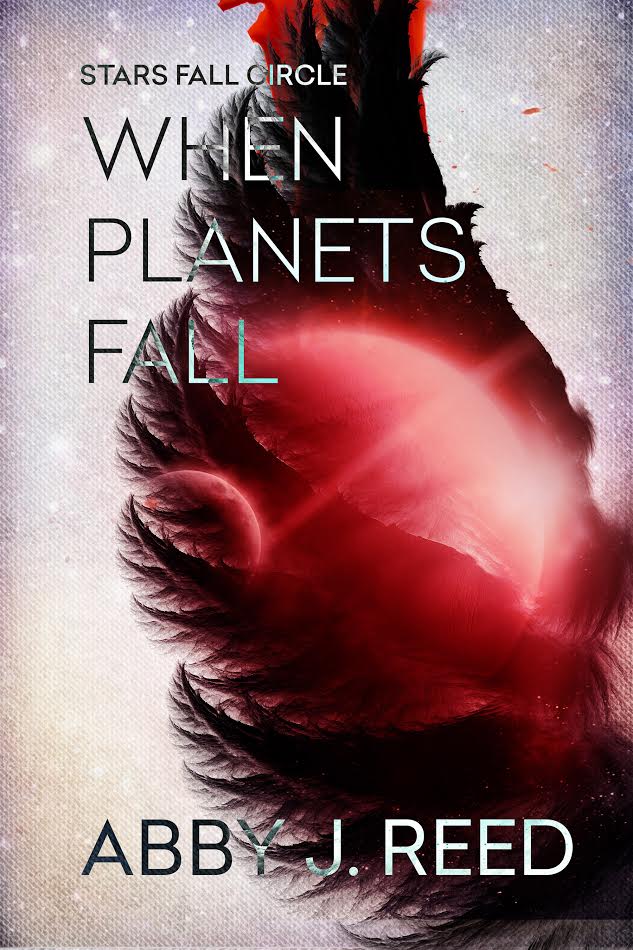 On a planet where the only difference between three tribes is their blood color, war is on the horizon. Breaker, an amputee, wants peace for his family and home. Malani, a kidnapped POW, wants to return home. Luka wants justice for his home. All three teens come together when Breaker is given seven days to fix a wrecked enemy starship or their home, and peace, is forfeit..

Abby J. Reed writes young adult science fiction and fantasy novels that ask what if. She has a degree in English Writing and is drawn to characters with physical limitations due to her own neurological disorder called Chronic Migraine. Her debut novel, WHEN PLANETS FALL, will be published in April 2017 by Soul Mate Publishing.
Abby lives in Colorado with her husband and two fluffy pups. If her hands aren’t on the keyboard, they are stained purple and blue with paint.

Excerpt time! Oh my! This makes me really curious about the book.

I cupped my hands around my mouth. “Brody! Brody!”

Nobody was allowed to break boundary unless you were on hunting rounds and wanted a shot at the deercorns—three-horns, good meat—or on boundary duty. The land between here and the Heron Mountains in the west was technically neutral territory and belonged to no one. Too many good game trails passed through and everyone needed good protein. You’d think this meant a peace card for any who marched through the area. Then a handful of cycles back, attacks started becoming more frequent. Now, neutral territory meant open hunting season on everyone.
And if you were in trouble . . . the compound wouldn’t help.

I couldn’t leave him out there. I had to go over the fence. Beyond the compound’s boundary.

I was going to murder that kid.

The tree branches on the opposite side created a tunnel. Ravines on either side had been dug deep for a grave ditch in case of a future blood bath. Water filled them now. No need to waste time or tears while shoveling, just dump the bodies in the pre-dug ditch. Time and pain in the past saved time and pain in the future.

I set my foot on the lowest rail. The wood jiggled. Bangit. I couldn’t climb over the stupid thing. I pocketed the pick, got back on my bike, reversed, and aimed it at the fence. Even though the bike ran on solatech energy, the magnetic polarity of mineral deposits in the ground kept it afloat. In theory, the bike should pass right over the fence, since the fence wasn’t quite solid, so the bike would never lose complete contact with the ground.

I revved the bike. A surge of solaenergy sent me flying toward the fence. I shoved on the handles right before I hit the broken rail, bouncing and soaring right over the fence. The bike didn’t even bounce on the ground on the other side.

My chest tightened a notch.

I swear there was still a faint smell of cinnamon, though the gun smoke couldn’t have hung in the air this long. Lining the ravine were the twelve gravecrosses. Rainwater ran like thinned-out blood off the names carved into the bars. The letters were slowly being erased by weather and time, as though the people were being slowly erased from our memory until they never existed.