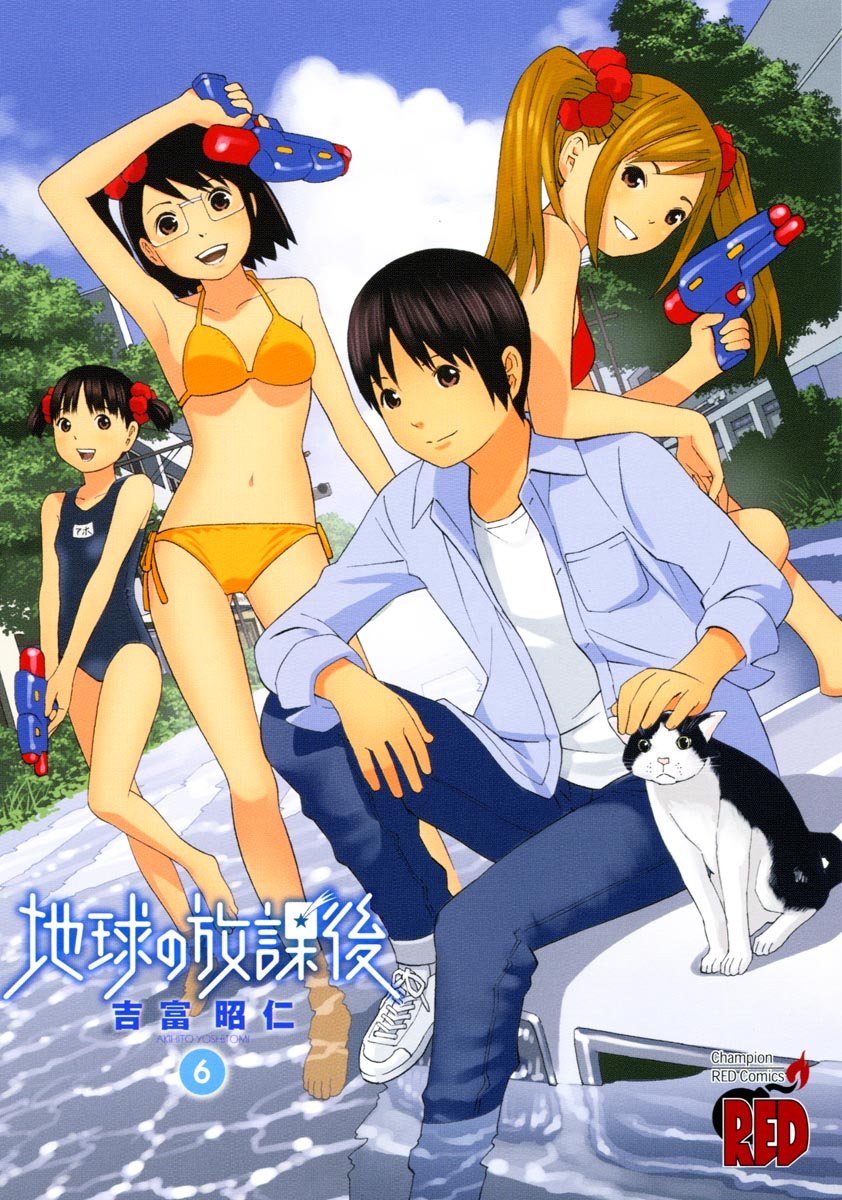 The final volume in this series. Finally it is complete!

And boy, I shouldn’t have read this while having an headache. This one ties up everything, really EVERYTHING, and I noticed that at some parts of the explanation I just glazed over and started zoning out. It was just too much, and a bit too complicated. On the one hand it is good that there is such a complicated reason behind everything that happened, but on the other hand… I wish they had kept it simpler.

And because we don’t find out what is going on until a bit further in this volume, the events that take place before that are quite shocking and had me gasping. Noooo, not now. Not now! Later when we find out about the phantoms, about the world, about everything else, I was happy, this meant that it wasn’t that bad. That in fact it just was for their safety.

I can also understand now why those phantoms are around, I do wish, just like what our male MC said, that they had found another way. Something that didn’t instil fear into everyone. 🙁

I am happy with the ending though. There are some questions I still have, but in overall, it is a good ending. I am also glad with what our male MC did in the end. The decision he took in that split second.

This series was really good, though I still am not a big fan of the nudity, especially that of the smallest of the characters. Plus I just didn’t get why the girls just walked around wearing practically nothing, while our MC was fully covered (even too much given the hot weather at some points). Oh well. That phantoms were creepy, and I know that there were enough moments that gave me goosebumps and scared me.

The art of this series is pretty good.

All in all, I will miss this series, and I would recommend it. Bring some aspirins with you for the ending though. 😛