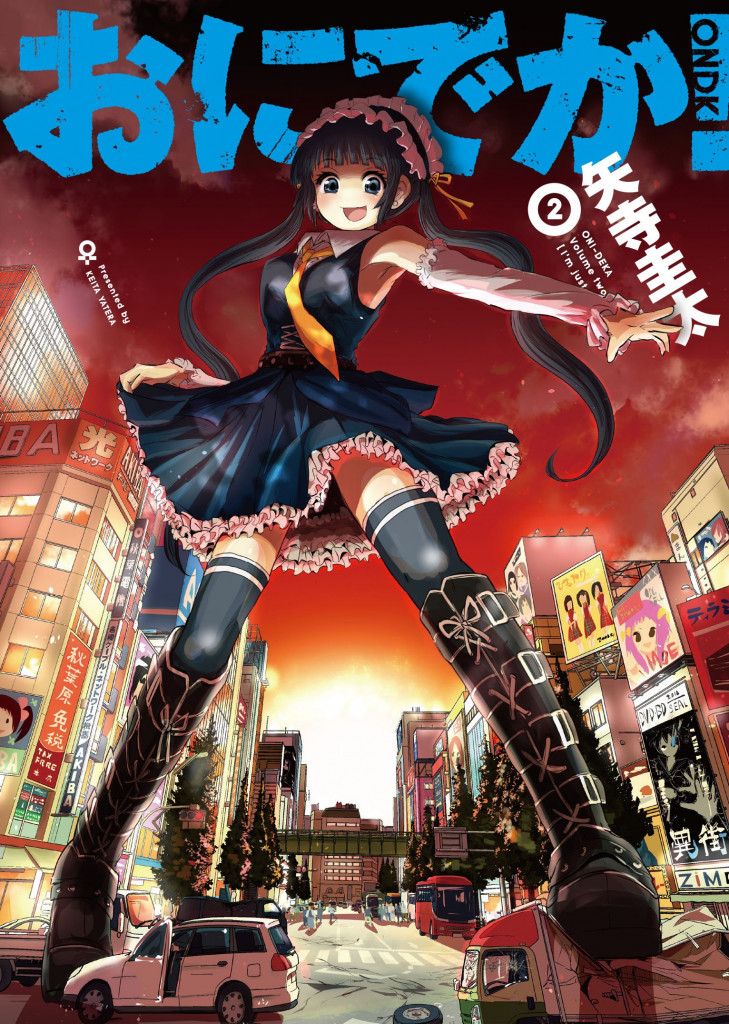 The second volume in the Onideka series, and I am not sure if I will continue.

The first was pretty OK to read (I read it last year). About aliens, about a girl who is suddenly growing x times taller. About a boy who has an alien in his head (don’t ask). But this one was just eh. It had mostly to do with the villain, aka the maid. She was just so annoying and stupid.

Maybe we were supposed to feel sympathy for the maid, but I just think she loves attention a bit too much. Then again, maybe she isn’t that bad and it was all the fault of the alien inside of her. I guess we will never know considering how the battle ended.

It was kind of funny that apparently no one cared that the maid girl used that train as a nunchuck. 😛 They were all shouting for safety, but when the train got captured no one cared and they were just impressed with her skills.

Of course the outcome of the battle was typical. Still I quite liked how the battle progressed, how our school girl found her inner strength, just when she needed it.

And of course instead of just having some time off and see our school girl in a normal setting, the school girl has to go to the next battle. And this time with someone even more evil/annoying than the maid girl. That is also another reason why I am not looking forward to reading the next one.

The art is pretty great though, it fits perfectly with the kind of manga this is (battles/shounen-ish).

Oh, and I am still shipping the school girl and that boy. I do hope that when everything gets back to normal they will get together. They are so cute.