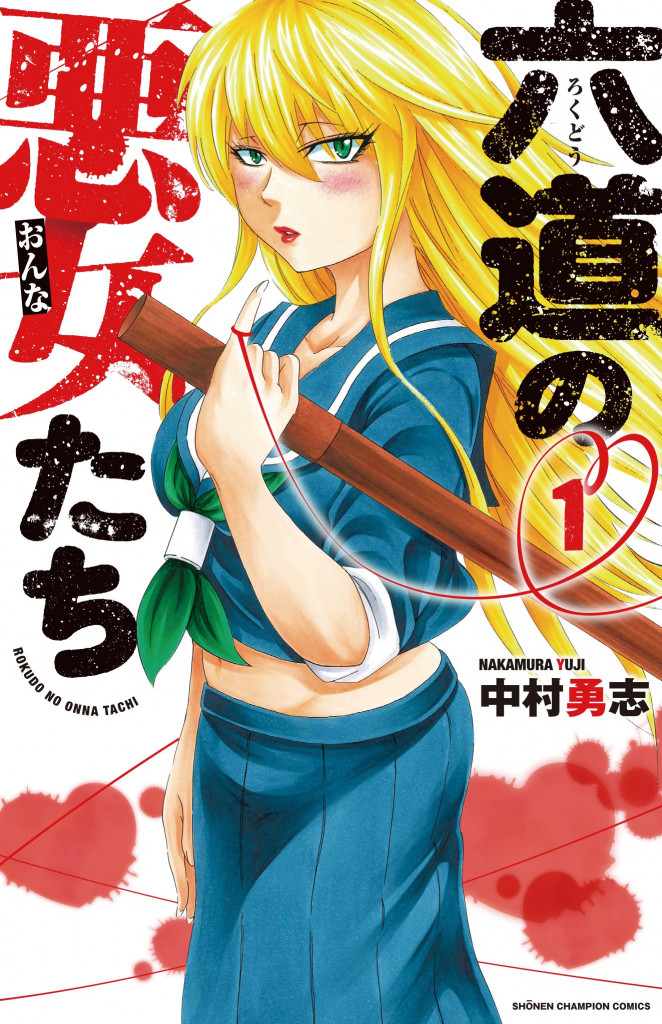 I spotted this manga yesterday and I was immediately intrigued. 3 volumes later and I want more, more and more of this series.

I wrote a small review for each volume, and I going to post those here, along with a general rating for the 3 of them combined.

Volume 1: 4 stars. This is a really weird, but also very hilarious manga. The art is not all too good (faces are weird, perspective is ????). But the characters are interesting, plus I quite like the idea of a curse/spell (???) that makes our MC popular with all the bad girls. It is quite hilarious how they are all falling for him. Ranna-chan being his biggest fan, and I am shipping the two of them together. 🙂

Definitely will keep reading, though I am a bit worried about the new boss part. With the MC’s powers… I do hope she only looks like a kid, but isn’t actually one (like quite a few girls in manga/anime). Otherwise this power of his will get awkward (and disturbing) realllll fast.

Volume 2: 4 stars. So, thankfully even though the girl in question was tiny, she was 17. And thankfully some stuff happened which closed the little girl chapter, I am glad with what the mangaka went with. I think it wouldn’t have worked had he gone the other route.
Plus I am happy that we got some more information and backstory on the girl. How she got into all the bad fights.
It was also quite hilarious to see all the thugs participating in the flower observation project. 😛 Sure, they had to, but it seems they actually had fun.
The MC also showed some tough guy attitude, and while I am still not entirely on the fence if I like him or not, he is improving.
Ohh next girl looks awesome!

Volume 3: 4 stars. A bit of a surprise that the arc for this girl doesn’t end with this volume. That is a first. 1st volume was Ranna, the second the chibi-boss girl, the third (and thus also 4th (or part of it)) will be about motor girl.
This was a great volume, very exciting, and the MC is getting stronger, or at least he is trying to not be too wimpy. He already showed that he is all about protecting girls, even though it is scary, but in this one he truly shines.
I love the girl on the motor, though I am interested to see her reaction to the revelation on the last few pages of this volume.
I am also continuing with the shipping of Ranna and our MC. <3

I would recommend this manga, even with the wonky art, it has great characters, plus I can’t wait to see how the MC’s powers will develop. Will he forever attract bad girls? Is Ranna really a bad girl or did she truly fall in love with Rokudou?