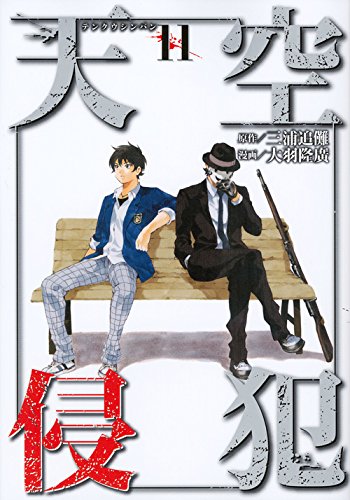 So finally I was able to continue reading this series. On the one hand I actually just want to drop the series (it feels like it will never end, each time something conclusive is about to happen, a twist pops up and we are on the way to many more chapters), but on the other hand I want to know if all these people will make it out, I want this world to stop. I want the suicides to stop happening. I want to know who created this world (and why).

So the two volume couldn’t be more different. Volume 11 is a lot of dialogue, a lot of backstory and past stuff, there are revelations left and right (though most weren’t that surprising). Whereas Volume 12 is battle, battle, battle, and some revelations (again, not surprising). I definitely flew through volume 12 faster. Dialogue and backstory is fun, and it gave me more insight in the characters, but I was also a bit bored. I was much more interested in the battles and see how they would end. (Then again, I could kind of guess it. The author is a bit predictable.)

It was quite interesting to find out that Yuri’s brother and the Sniper Mask have a past together. There were hints to it, but now it is definitely confirmed. Now I am just curious as to what their bond is. Plus I was already curious about Sniper Mask, but with this past thing happened I am even more curious and I have a ton of new questions I hope will be answered some day.

We also learn more about the Great Angel (I have to say I liked him more when he was sealed up), and about the guy manipulating him and the other dangerous Angels. I still dislike the guy, I am not sure why he is liking this hellish world so much.

We also have enough deaths (but hey, not that surprising). Not spoiling who is dying, but I was quite shocked at one death at least (because I didn’t expect it).

Kuon, Yuri, and Nise’s powers seem to be growing and getting better. I am not too sure if it is a good idea for Kuon, but I see that Yuri and Nise both benefit from their upgrades.

We also find something out about the woman wielding a whip. I hope that this doesn’t complicate things later on, plus I am also hoping she will survive now.

I was also right about that human girl (in volume 11 she had quite a traumatising experience, and I was wondering what was going on when we saw her again later, was she traumatised? Hurt? Was this her plan?). But it still shocked me to see what she did. 🙁

Well, I guess it is back to waiting again. I am not sure if I will continue even if there are new volumes out. I may just wait for the series to finish.