Yep, I found a GIF for this post! This is so me, reading all my new books. <3 The GIF is from Kiniro Mosaic and the girl is Karen Kujou.

Since I am not expecting any more books these last days of June, so I thought it was the right time to make a book haul post. I got several wonderful books this month. Both of my stacks were pretty much equal in size, unlike last month when one of my stacks was smaller.

I also won one book (Spuitende slagaders en overstromende oceanen), I still have to read/review it, but I got all the time for that.

First 2 photograph are my pre-orders (and that one book I won), the next 2 photographs are what I bought normally this month. Also be sure to check out my 17 June Book Haul post for more books from June. 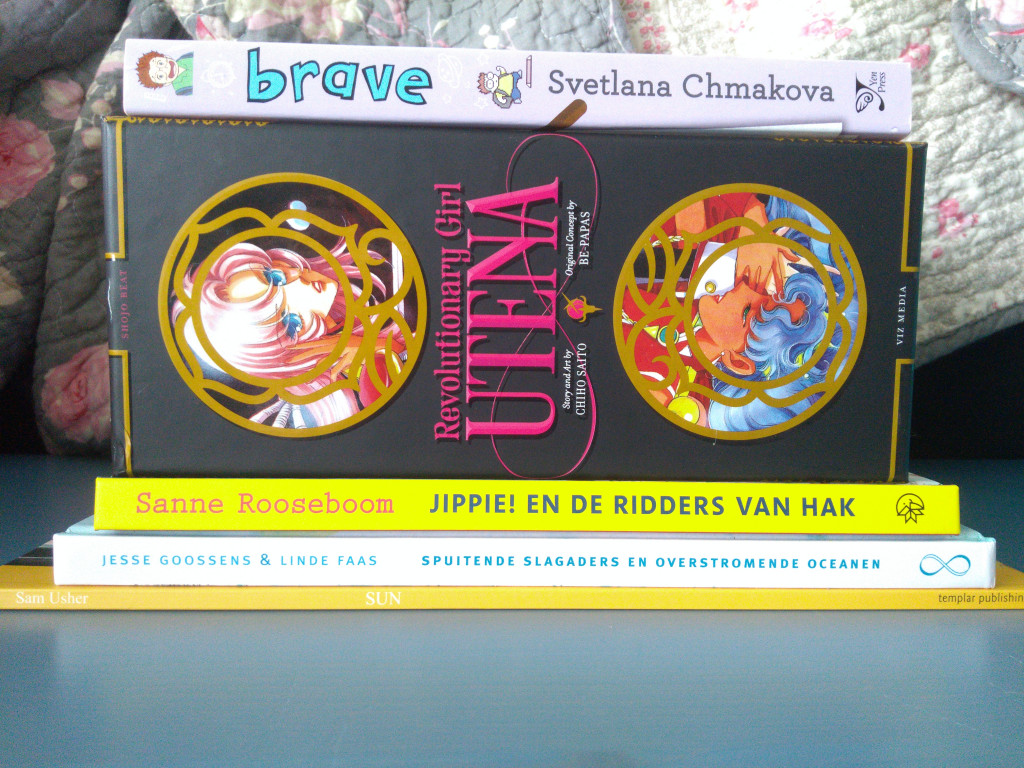 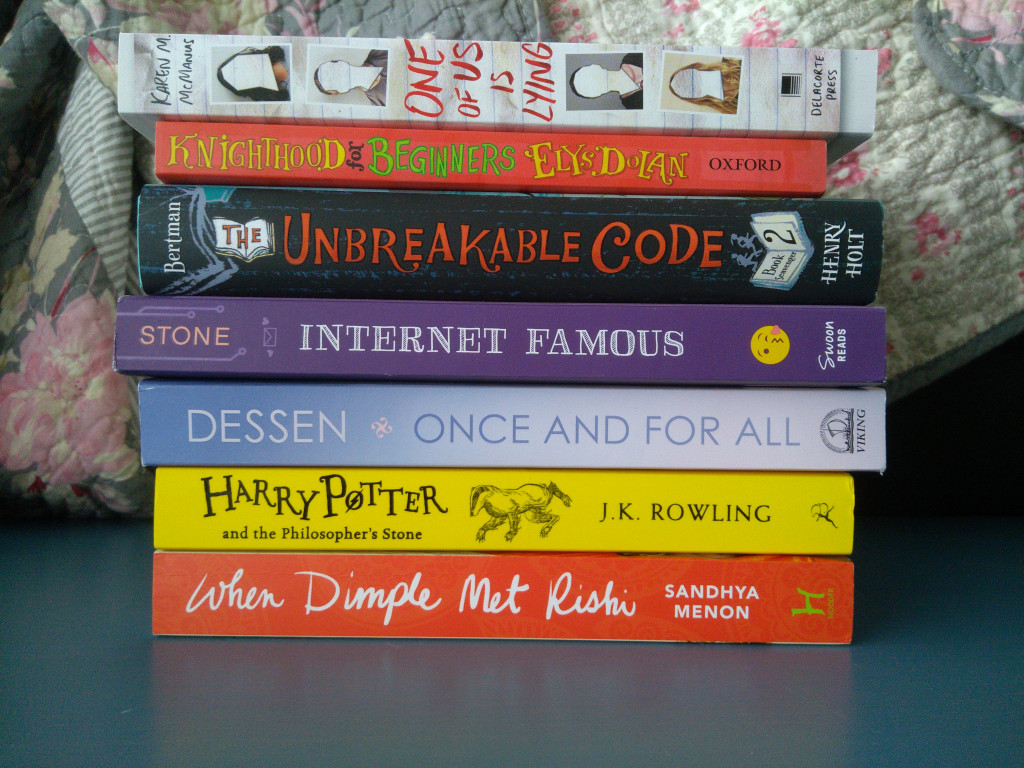 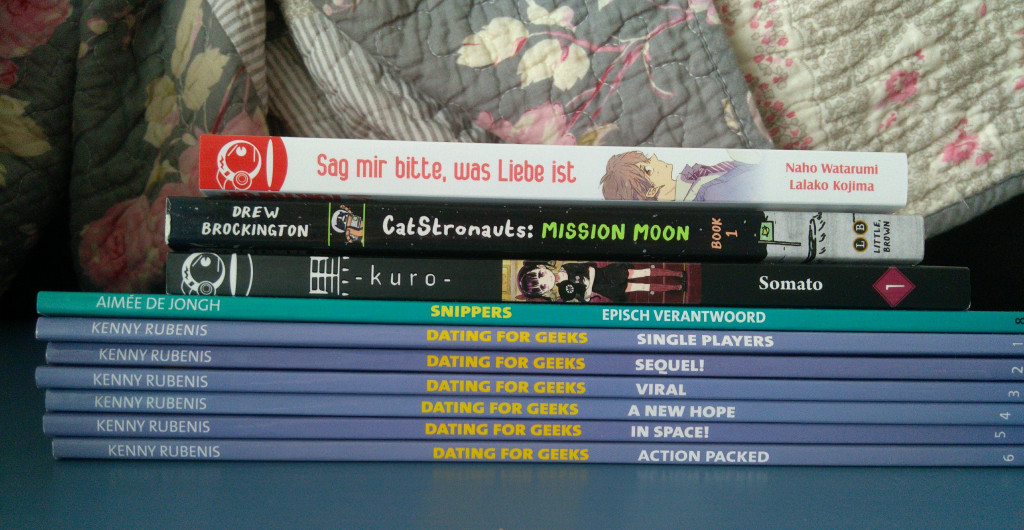 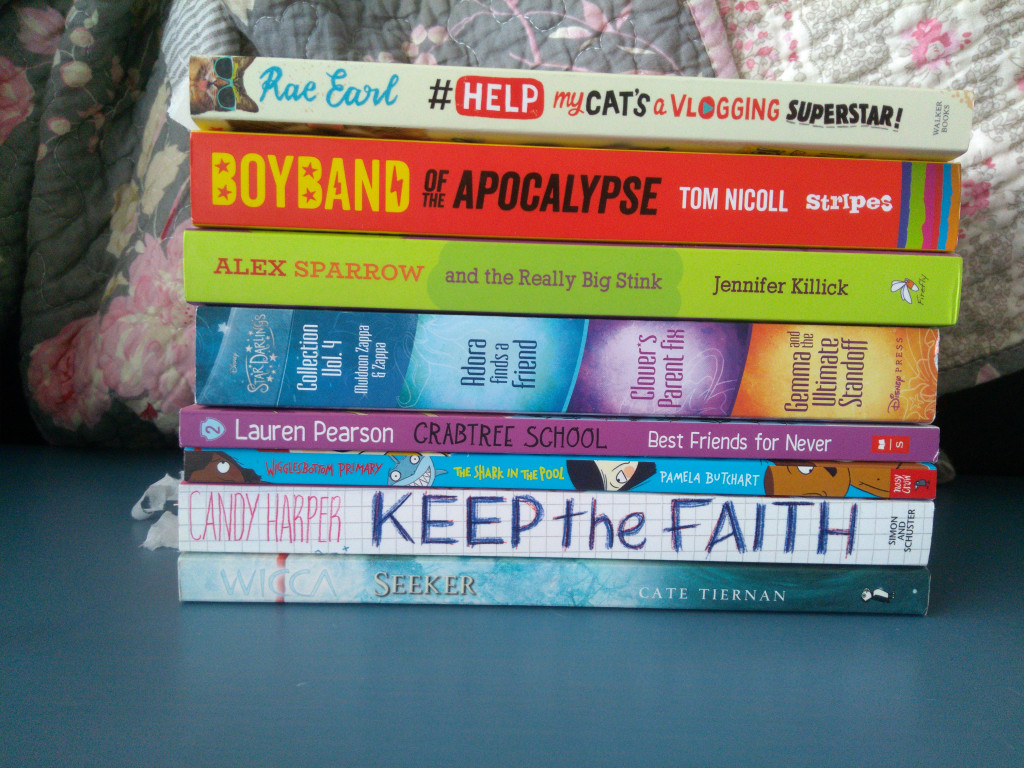 One of Us is Lying by Karen M. McManus
Knighthood for Beginners by Elys Dolan
The Unbreakable Code by Jennifer ChamblissBertman
Internet Famous by Danika Stone
Once and For All by Sarah Dessen
Harry Potter and the Philosopher’s Stone by J.K. Rowling
When Dimple Met Rishi by Sandhya Menon