Today was a delightful trip to Library #2, with some hilarity as well.

One of the books (Hidden Figures) has been on my reserved/on-hold list for 1 and a half months, and… it also has been on transport for that long. 😛 Considering that the branch libraries aren’t that far away, it should only take a few days to a week maximum for something to be send to the right library. So today I decided to ask if the librarians knew anything about it, or at least could see what happened to it.  They were quite confuddled about it. Indeed, they could see it has been sent (has been on transport) from one of their branch libraries to them. So one of them got up, checked what genre the book was (and thus what place it should be), and went to see if, possibly, it was already delivered and someone failed with checking and just shelved it. She came back a few minutes later with the book. I wasn’t surprised, as I told them this wasn’t the first time it had happened (remember one of my library haul posts in which I talked that I found one of my reserved books on the New Books table?). I do hope that they will have a talk about it with the other librarians/helpers/volunteers to check books better. To make sure it is really their book (there is a little stamp on the inside of the book with the name of the branch library).

So in the end, instead of 10 reservations/on-holds, I had 11. 😛 Which meant I could only find 2 more books, since I still have 2 books at home (I should read them soon). 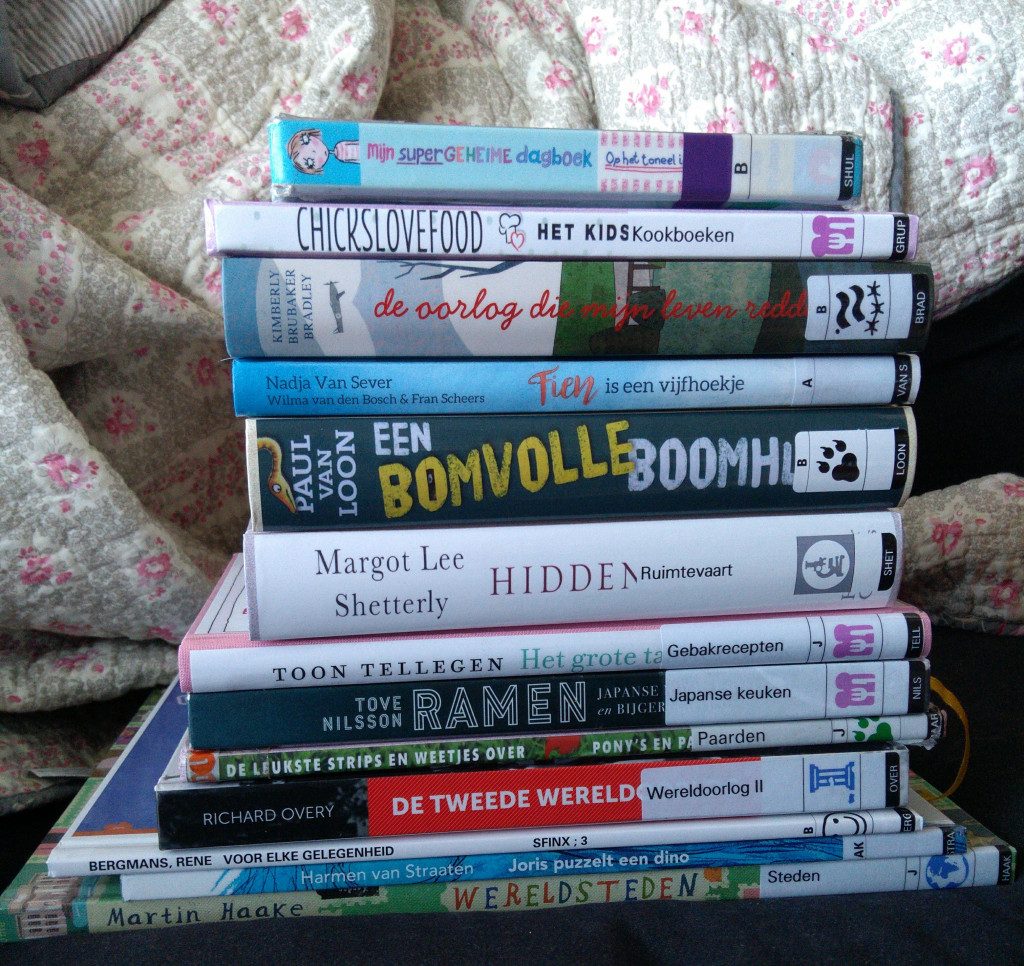