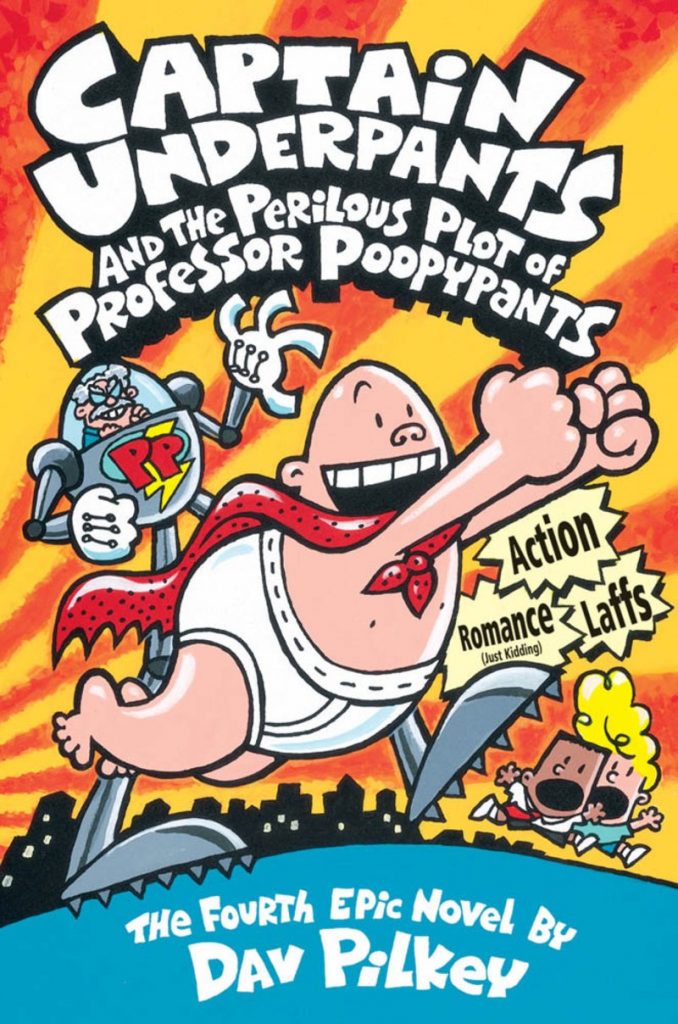 The fourth book (and third book for me) in this series. This time a professor with an original name and his plans to take over the world (though I totally was cheering him on).

I have to say I liked this one less than the previous books I read. It had to do with the teachers (this is definitely not what you do to your students/pupils, I know it is exaggerated, but it still was just too much for me. What terrible teachers, they shouldn’t be working there at all.). But it also had to do with the name calling. I rather liked the fact there was a country that made up their own names and had silly/weird names. But the poor man was bullied, with his new and old name. He didn’t even do anything wrong, he was patient, sweet, kind, and all he wanted was to show those kids how awesome science could be. I know, I know, I shouldn’t take it serious, but for some reason I couldn’t help but being very pissed at the kids and everyone around that professor.

So yeah, instead of cheering for the good guys to win…. I was rooting for the professor to get his revenge. Yep, I was rooting for the baddie. Though, then again, he wasn’t necessarily evil, he just snapped. I did like his revenge plan, and how (hilariously) people were unhappy. See, you don’t like it to be bullied with your name, then don’t do it to others.
Also the shrinking of the school was an excellent plan.

I loved the pranks (not the name calling) by George and Harold (or should I say Fluffy and Cheeseball). They should just ask their parents to move to another school, one that doesn’t mind imagination and instead will motivate and stimulate the brains of these 2 kids.

On the one hand I am not too happy with the mistakes in the comics (it does get a bit old), but on the other hand it does fit the age of the duo.

I also loved that little kid that made its appearance twice in this story, and what he said/did during those two appearances. 😛

Then there is the fourth wall breaking and that is just my favourite thing in this series.

Captain Underpants is also a brilliant character, it is just a shame that for most of the time he isn’t around.

So I hope that the next book has a bit better plot/less bullying, I can’t wait to see what villain we get next time!