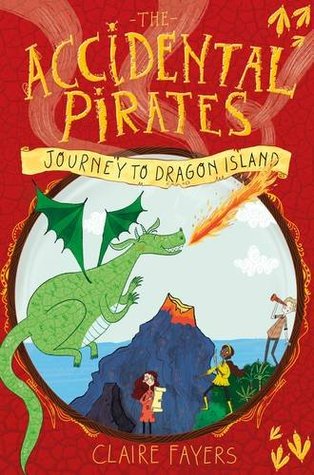 The second book in the series! This time with more dragon, wizards, mystery, backstory, pirates, an much much more.

Just like with the first book it took me a while to get through this, and at times I had to push myself to continue reading it. Peter is just as terrible, if not worse, in this book. 😐 Bleh. If we remove Peter the book was just terrific, awesome, and I really enjoyed it.

I will still write a bit more about Peter, but I first have to post this part from my review for the previous book as it is still very relevant.
Why did I hate Peter so? Because of how he acted, his attitude, how he never cared to listen, how he always judged people, but then expected them to accept him. How rude he was to various people. And really, he never cared to listen. If only he had listened a whole of stuff wouldn’t have happened. But why listen when you think you are so good at stuff, right? Just go with it, and oh well, it was a great lesson for him.
Sometimes with characters I find them nicer, I like them more, as the story continues. With Peter however I didn’t have that at all. Even with what happens near the end I just disliked him too much.
Sadly, one can’t just skip the Peter POV chapters because he also told a story, he also showed what happened on board, on various parts. Then again, I am also not one to just skip all the chapters of one character.
Yep, Peter was still the worst character in the whole book. Even the bad wizard (who is now a ghost) was a better character than Peter.
Peter who still thinks people are angry at him, while I don’t see anyone being angry at him. They aren’t snapping at him. They are treating him as normal. Sure, the pirates are still a bit worried, but then again that is so deeply rooted it isn’t just easy to throw that away.
With the ending, I was actually hoping x would happen, but no, of course not. He had to pick the y option.
He treats everyone like terribly, especially Brine. Brine who just wants the best for Peter, who just wants to help him, she never does anything wrong, but yet when we see his thoughts he is quite mean towards her. 😐

Phew, now that is done it is time for all the good stuff!

Brine was just wonderful, and I was delighted to see her again. In this book we find out more about her past, about the island she came from, and much much more. I did feel sorry for Brine, because there were some events in this book that weren’t fun, or happy. Some did start out happy, but you could just see that it won’t end right. It was interesting to see how Brine handled the situations in this book. How she kept trying to be cool, calm, and how she didn’t give up. How she tried to make the right decisions. And how she found a new talent (one that I absolutely adored), I can’t wait for the next book and see how much that talent will grow and how she will use it.

Tom is definitely a favourite character of mine, and mostly because he just devours books, no matter the place or the time. He is just like me. 😛

Cassie was fabulous in this one, and I loved how much butt she is kicking. She never gives up, she is brave, and she will protect those in need of protection. She is a bit stubborn at times (which isn’t always the right thing to do). She is so strong. Plus I am just laughing so hard because she just jumps into situations without thinking.

The Dragon Island? It was a bit of a disappointment, but then we meet dinosaurs and I was just delighted. Later on the island became even better (no, I won’t tell you why). It was quite fun to see the reactions of the people in the village. Everyone there was the same colour as Brine, and they had never seen anyone as pale as the rest of the crew. I laughed when Stella asked if the crew was sick. 😛
The only person I didn’t like from the island was Marapi (Maraupi?), she was just terrible and power-hungry. Yes, I even liked Kaya more, even with all that happened (I have some reasons, but I can’t tell them, due to spoilers).

The journey to the island was just fun, monsters, spiders, the edge of world, mirages, and more!

The story was fast-paced, the parts that weren’t from the POV of Peter were the parts I just flew through. I just couldn’t stop reading and I had to know if there were more dragons, what happened to Brine, why the castle is floating, what is up with the evil wizard ghost, if Ewan and Cassie would get together (yes, I am shipping them like crazy), if Serro would be the boss of the village again, if the kids would be safe, and if the island wouldn’t go under in flames.

Yep, it was a fantastic book, with a great ending (OK, with the exception of the Peter thing). I can’t wait for the next book and to see what adventures they will have then.