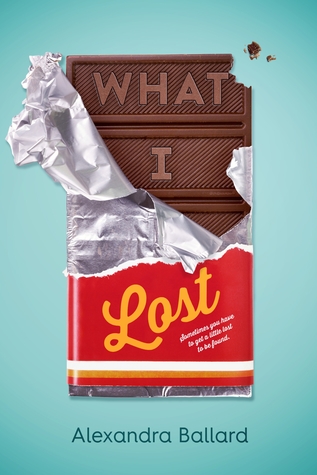 Amazing, heartbreaking, beautiful! A book about a girl and her battle with anorexia.

I am still not entirely sure how to write a review for this, but I want to throw my thoughts out. So sorry for the chaos + I may miss a few things, but I hope I will get it mostly right. 😛

This book takes mostly place at a clinic, and then at the end also at home and at school. No spoiler, you know from the start that she will probably only be there for x amount of time (something to do with insurance, money, getting better, etc.).

Our MC was a fantastic, interesting girl. Her problems (as anorexia isn’t her only problem), her anorexia. It was all written so well. And not only her, but also everyone around her. Even though they are side characters they came to life, you were rooting for them as well. Hoping that they would all get better, or at least get so far to be strong enough to not let anorexia win all the time. The author also wrote about the reasons why the characters had fallen in the anorexia trap and how they struggled. For instance Lexi, this girl was just so interesting, and I could imagine she did what she did in the later parts, though it did break my heart.

Like how at first our MC just seems like a normal teenager who dieted, got totally crazy about it, and then couldn’t stop any more. However, as the story continues we see it goes much deeper than that. We see that her family, while they are a very nice family, has its problems. Especially the mom. At first (when we first saw the mom) I was mostly angry at the mom for acting like that, but then I also saw her problems. Though it still took me some time to accept the mom and what she did/say.

I do have to say I was a bit shocked at what the kids had to eat in that first week at the clinic. Don’t get me wrong, but I found it a bit strange that they would give so much food (at least a lot of food for the kids) to kids who haven’t eaten a good meal in months, maybe longer. I can imagine you want to give those kids some food, build up their weight, and they did build it up to be more and more with each stage, but I still think it isn’t a good idea to just stuff someone full with food right at the beginning. Your stomach/digestion stuff just won’t like it/handle it. 🙁

The clinic and what happened there, the programs, the therapy, the talks, it was all interesting. We could see what happened if you didn’t eat, or if you exercised too much. It isn’t new to me much (read a few other books (fiction/non-fiction) about anorexia/eating disorders in my life), there were some things that were a bit different, but generally it seems that clinics like this, therapies like this, are the same around the world.

Then there was a bit of romance (not only in flashbacks, but also in the recent times). It was just a bit, but I did like it. It never interfered with the story, it was like it fitted. Like a puzzle finding its pieces.

There was just one thing I am not too sure about if I liked it or not. And that was the ending. It was a bit too open ended for my taste. After all that happened at the clinic, and especially how those first days went at home, it just feels wrong to leave it at that. It just felt a bit too sudden. I thought there would be more but then bang, it was over.
I guess one has to fill in the blanks themselves, but I would rather have had some idea if she was truly OK. Maybe an epilogue would have been nice. You can still leave the ending as it is, and then just skip to a year later.

But all in all, read this book everyone! I would highly recommend it.