Today the Thomas Troll’s Travels is visiting my blog! Yay!

For this tour I have an excerpt + the usual suspects (book/author information). Hope you enjoy, let’s get started! 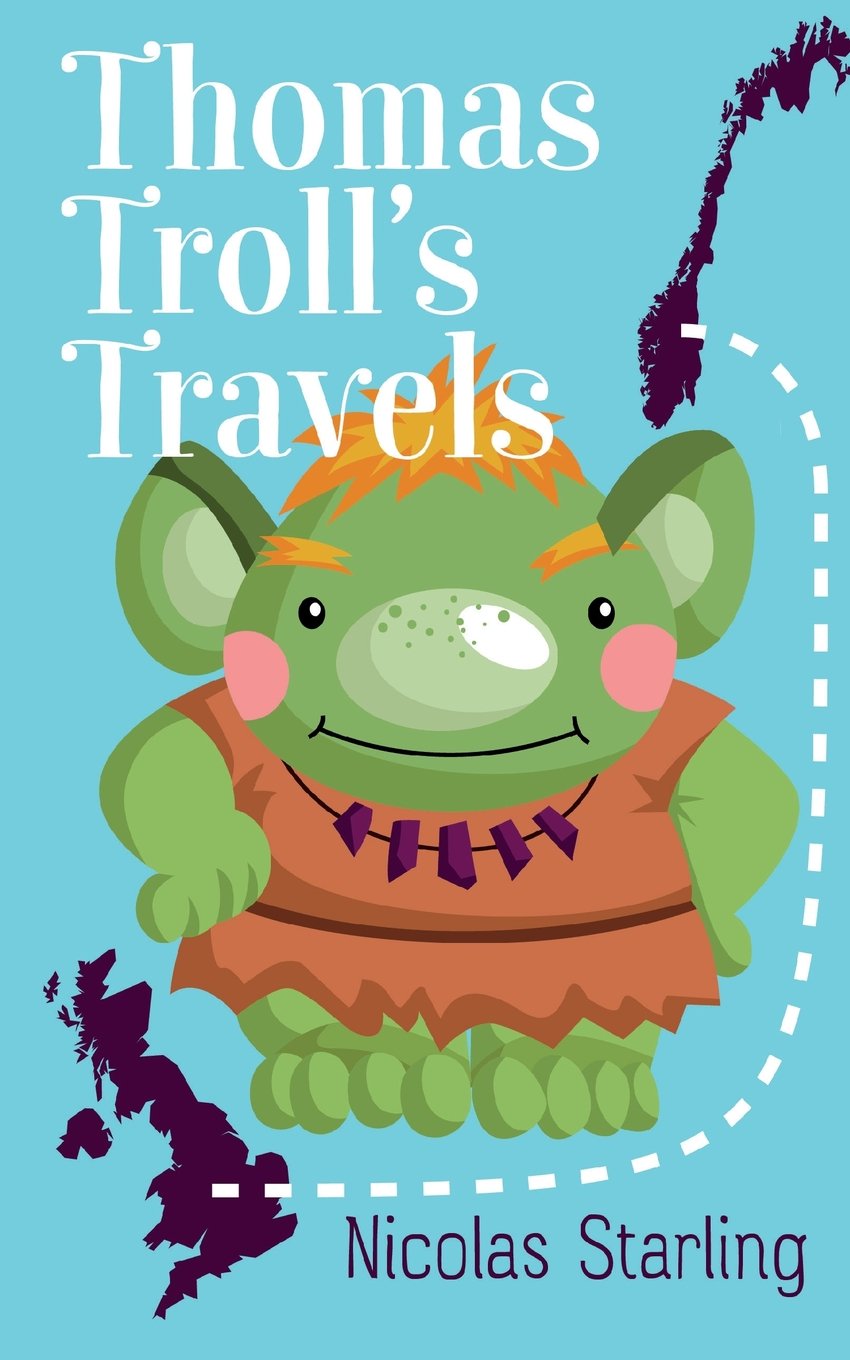 Thomas the Troll comes from Norway. Like most Trolls he is mischievous, naughty and full of adventure.

One day, he has to leave Norway because the troll elders are going to punish him for being so cheeky.

Thomas decides to live in England and has had all kinds of adventures on the way there.

He meets elves, gnomes and brings Ticklefish with him; Ticklefish are great fun and nearly as naughty as Trolls.

Thomas meets pirates a friendly ghost and even thinks he’s sees the queen!

Some people think Trolls are a fairy tale. I don’t. Do you?

A long time ago when even grandmas and grandads were young, there lived a small creature called a troll. Trolls lived in a country just over the sea from Scotland, a country called Norway. They looked a bit like people but they had long crooked noses and bushy tails. They also had only four fingers on each hand and four toes on each foot. They are friendly but get very angry if tricked. Trolls can only go out at night, because if the sun shines on them they turn to stone.

In Norway there was a very mischievous troll called Thomas. Now Thomas was in all kinds of trouble with the troll elders for being naughty, and he was having to hide all the time because if they caught him they were going to tie the him up in the sun and let him turn to stone. After weeks of hiding and nearly getting caught a few times, Thomas decided that he was going to run away; after all, he was sixty years old and for a troll that is still young. He made plans that he would hide on a sailing ship, and seeing as how trolls could eat and drink anything he would be all right. Thomas packed his clothes and a little bit of money for emergencies, then he told his friend Timothy Troll what he was going to do. Thomas waited for a sailing ship to arrive and after what seemed like weeks, a big ship docked in the harbour where Thomas was hiding. It had three masts and lots of sails and even more rope, which made Thomas very happy because rope was one of his favourite things to eat.

The night before the ship sailed, Thomas sneaked into Troll Town and tricked the troll guard to let him into the town hall. This is where all the troll toffee is kept. Troll toffee is a very special food for trolls, because it makes them very strong and brave. Thomas filled his pockets with toffee and sneaked out before the troll elders caught him. As he was walking down to the sailing ship, all the alarms in Troll Town went off; there were bells and buzzers and bangs. The troll guard had just realised he had been tricked and was very angry. Most of the trolls in Troll Town came out of their houses with their guard dogs, terrier troll dogs, which were very frightening because they didn’t bark but roared like a lion. The troll guard was shouting, ‘ALL THE TROLL TOFFEE HAS BEEN STOLEN BY THOMAS, WE MUST STOP HIM QUICKLY!’

This Blog Tour was organized by: Blog Tour hosted by Authoright Marketing & Publicity