This week Leslie Hauser’s debut novel: Chasing Eveline is coming out, and we are going to celebrate that! Hip hip hooray to the author, congrats on your first book!

For today’s post I not only have author and book information, but also an excerpt and a giveaway (open until the 18th of July). The whole party package is here, let’s get started! throws some confetti 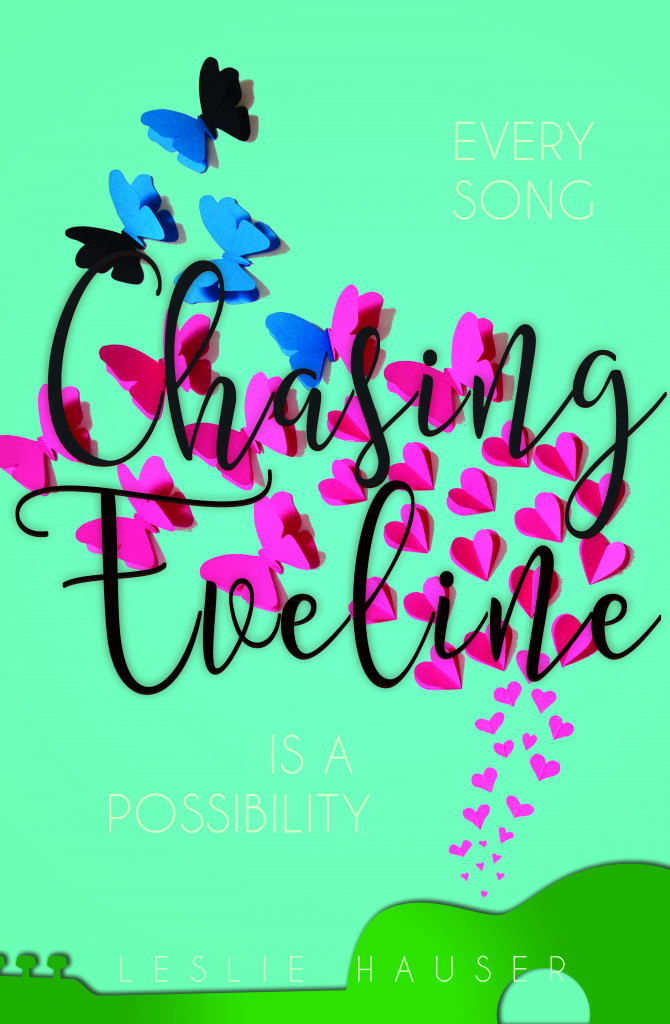 Sixteen-year-old Ivy Higgins is the only student at Carmel Heights High School who listens to cassettes. And her binder is the only one decorated with album artwork by 80s band Chasing Eveline. Despite being broken-up since 1989, this rock band out of Ireland means everything to Ivy. They’re a reminder of her mom, who abandoned Ivy and her dad two years ago. Now the music of her mom’s favorite band is the only connection she has left.

Even though Ivy wavers between anger and a yearning to reconnect, she’s one-hundred percent certain she’s not ready to lose her mom forever. But the only surefire way to locate her would be at a Chasing Eveline concert. So with help from her lone friend Matt—an equally abandoned soul and indie music enthusiast—Ivy hatches a plan to reunite the band.

The road to Ireland won’t be easy, though. And not just because there is no road. Along the way they’ll have to win over their Lady Gaga-loving peers, tangle with some frisky meerkats, and oh yeah, somehow find and persuade the four members to play a reunion gig. It’s a near-impossible task, but Ivy has to try. If she can’t let go of the past, she’ll never be able to find joy in the present. 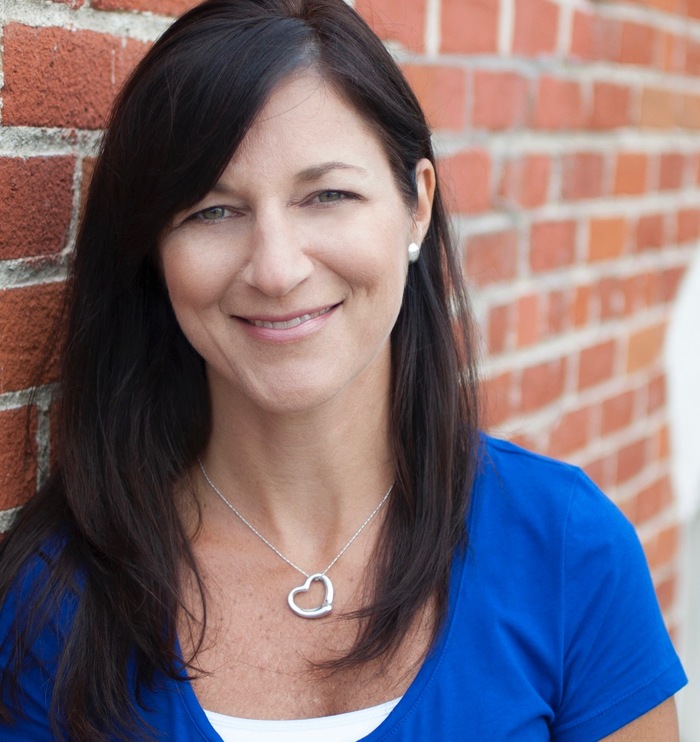 I am a YA writer and middle school teacher. I have a B.A. in English from UCLA and a Master’s degree in Educational Administration. I was born in Cincinnati, Ohio, and currently reside in Los Angeles, California, with my dog Mr. Darcy.
When I’m not living in fictional worlds inside my head, I run all sorts of distances, torture my body at CrossFit, and DVR entirely too many television shows. I dream of one day returning to the Midwest to live on a farm. Or perhaps owning a cookie delivery service.
My debut novel CHASING EVELINE releases in 2017 from Pen Name Publishing.

They say music is the key to the soul. Or maybe it’s the heart. I can’t remember exactly what my mom said that day she danced into my room with a new record for me to hear. I was only in the fourth grade, but I became a believer. I remember so vividly how the drums rattled deep within my chest and the lyrics I didn’t even understand seemed to whisper secrets meant only for me. The song lingered inside me for days. My mom swooned and told me that’s why music must be shared.

So when I saw the desperate school blog post calling for a volunteer DJ at tonight’s Back to School Dance, I jumped at the chance. The music my friend Matt and I plan to throw into the mix is a giant master key. I just hope it will open the teenage hearts in this musty gym and linger inside them long after the last balloon deflates. This music is important to me.

I nudge Matt, whose face is glued to the computer screen at our DJ table. A vibrating speaker to our left thumps out music, so I yell into his ear, “Is the set list ready?”

He tilts his head toward me. “Geez, Ivy. I just plugged in the flash drive.”

“Okay, sorry.” I step away. He sweeps his blond hair out of his eyes and returns his focus to the computer.

I pace behind him, a nervous left followed by an excited right and back again. The musical brilliance of the greatest guitarist of all time will soon weave through these bodies and drift into every ear. My heart floats up with the blue and yellow balloons hovering like a latex fog.

My hand strums on my thigh while Matt continues to fuss with the computer. Near the gym entrance, Principal Henry stands with Narc 1 and Narc 2, and a wave of yawns travels across them. The newbie freshmen line the walls and cluster in groups. The scene resembles a casting call for an acne medication ad.

The dull atmosphere isn’t helped by the annoyingly synthetic pop noise blasting through the speakers. After I offered our free DJ services to Karen, the Dance Committee Chairperson, she gave us a mix of music tracks to play. She was grateful to have saved some precious dollars for this year’s prom, but I’m not sure she trusted two no-name juniors to get the job done.

However, after listening to thirty minutes of her set list, I’m seriously questioning the cool factor of the popular crowd. Karen’s mix features some of the worst radio music of all time. Every song is a mere echo of the previous one—peppy beats and vacuous lyrics about hook-ups and partying. I can’t even tell if the voices belong to boys, girls, or machines.

I tap Matt’s shoulder. “Are you almost finished?” I nearly have to scream.

“Yeah. I’m just making sure we have the songs in the right order.” He turns around and leans toward me. “Ivy, you really want to do this?”

I smile at him and hope he doesn’t see all the tiny cracks waiting to splinter. “We’re just sharing some great music. It’ll be fine.”