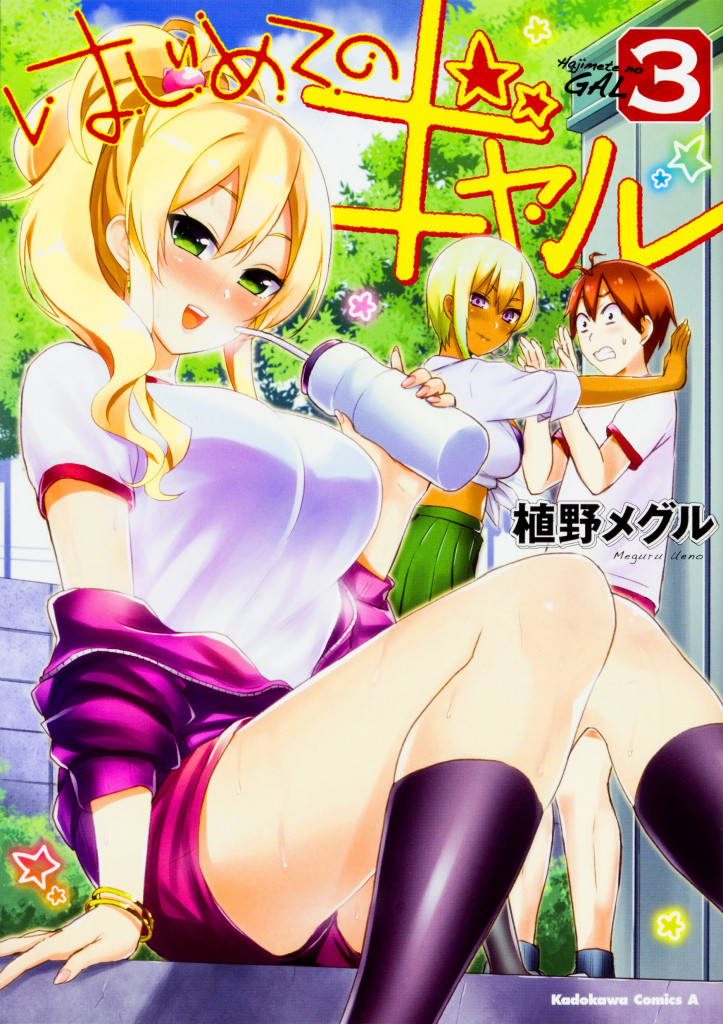 So the anime of this one started, and I thought that I would continue reading this manga.

Though after reading this volume… I am not sure if I want to continue with the manga, and maybe also drop the anime if it gets to this point.

-1 star for Ranko, rape is a no no + her sudden switch to someone else was just unbelievable. Oh I can’t get x, then I will just go for y. Plus her suddenly showing up at a good moment.. sighs

-1 star for Nene. Urgh, really, do all the girls have to have such big Eiken boobs? It is just not even funny any more. Plus I am getting tired of clingy girls who apparently can’t understand the word No. Or the words: Has a girlfriend. sighs Plus again, stop trying to rape the poor guy, twice even. sighs

So as you can see, I felt quite uncomfortable. 3 times attempted rape and apparently no one bats an eye about it. If it was the other way around the whole world would have probably fallen over it, but now it is like it is the normal thing to do to just undress a guy, tie him with a handcuff, or just climb on him naked while he sleeps. What?

The parts with Yame (his girlfriend) were really good, and I loved those. Though she should really stop being such a joker about things and stop teasing him so much. It is just confusing him. But I can see that she is also trying really hard to not tease him much, and actually give him what she is teasing him about. They are growing closer, and I just love the two of them. It is just a shame that they barely have any time alone. I am sure they could grow closer and fonder of each other when they have more time together. Plus it would also help Yame’s confidence if she didn’t have to worry about Junichi and seeing him with other girls all the time.

I also have to say that I much prefer his hair colour from the manga. It just fits him better than the black/brown of the anime. Sure, you don’t see it in the black/white parts of the manga, but there are also enough colour pages.

The art is really getting better with each volume, though again, the author should maybe do less Eiken boobs.

But as I said, I am just not sure if I want to continue. From what I could gather the class president is also interested in him, and I am worried what dark side she hides. 🙁