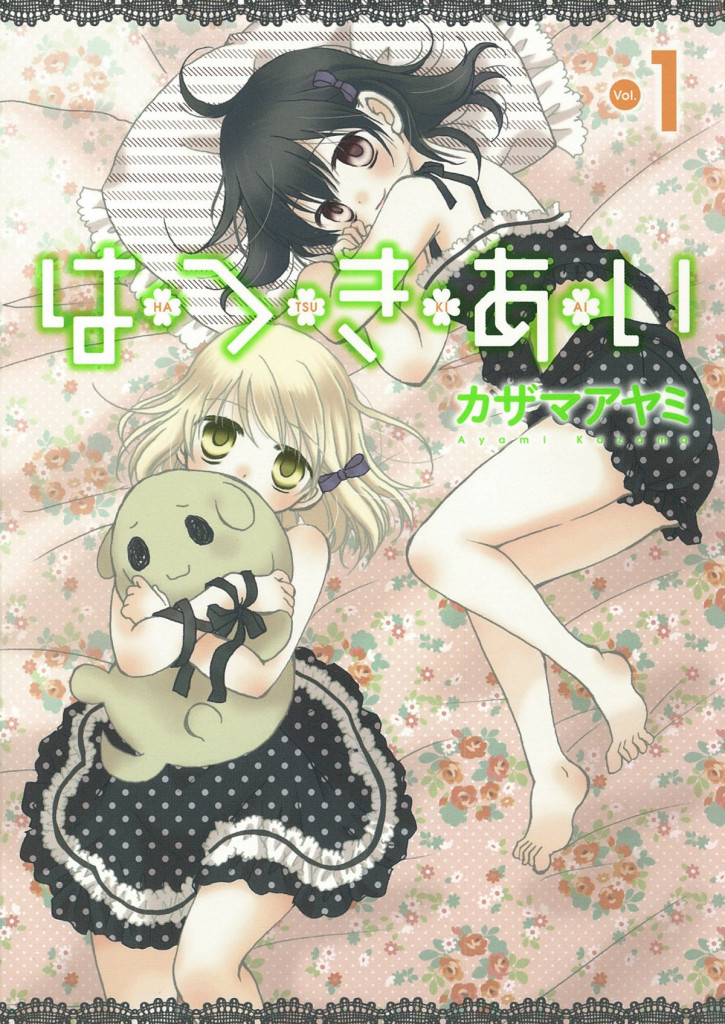 This is a review for the complete series which comprises of 2 volumes.

This manga is all about first love. Often 1 chapter stories, but sometimes also 2 chapters. Some couples even have a cameo in other stories (which I love because that means the universe this all takes in is the same) and sometimes couples get another chapter extra (like with the kuudere girl and her boyfriend at the amusement park, she later gets her own chapter which takes place a year after the events of that chapter).

With exception of one, all of the love stories are about teenagers. So that one story that featured a 27 year old was a bit of surprise, but I felt that it still fitted perfectly. As they said at the end: “Geez, it’s like we’re middle-schoolers or something.” They were still new to this first love business. 🙂

One story was a bit weird, but I got used to it and in the end was even rooting for them. Which story? The one with the girl who didn’t look like a 13 year old, instead she looked more like 9. It looked oh so wrong, but in the end they did make a cute couple, and I also thought, eh, what is the harm. She only looks like a kid, she is only 4 years younger than him, it is not that much. Though I am sure they will be getting a lot of looks from people around them due to her looks.

My least favourite story was the one with the kuudere (the amusement park). I just didn’t like her that much. She was just a bit too cool and harsh towards the poor guy. He was trying so hard and he was so sweet. But, this story has a twist. Later on in the second volume the girl from this story gets her spotlight, and I have to say I could understand her more and started to like her more and more.

The first story was still my favourite. It was really adorable to see these two together, especially the later parts. I was just squeeing and rooting for them.

The last story was quite fun, I liked how the Hatsukiai manga made an appearance and how it brought two characters together (awww).

The art was pretty decent. I didn’t always like the eyes or the faces (especially close-ups). But the rest was pretty well drawn.

All in all, this is one manga I would recommend if you are looking for a fluffy, cute, at times hilarious manga. 🙂