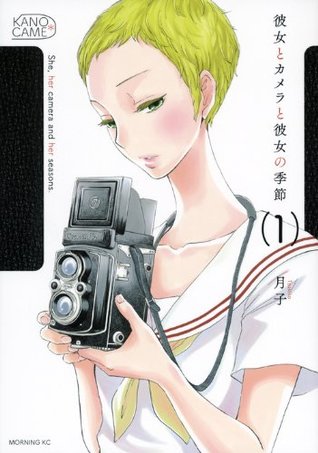 A supercute manga, however, I am not sure if I will ever continue it.

I am just not into a love triangle, plus I am really pissed at Yuki and how she acted.

I know I know, Yuki likes Rintarou (or at least that is the impression we get given how much she stalks him), but I wish she was honest with Akari about it and didn’t lead her on so much. She is pretty much doing some stuff that you wouldn’t do unless you are interested in a person in a lovelove-way (like trying to get nude pictures, kissing, hugging in an intimate way).

Akari was a sweet girl but I was shaking my head that she totally didn’t get that Rintarou didn’t see her as a friend but something more. She kept saying it wasn’t like that, but really girl? If even the rest of your class can see it, maybe you should revise your vision.
Plus I was a bit confused about how she acted around Rintarou. She was clearly interested in Yuki, but it also seemed to me that eventually she started developing something for Rintarou.
Her time with Yuki was cute, but I thought she went for it a bit too fast at times. Like that time when she talked in detail about their future… That is just awkward.

Rintarou was just annoying, well especially in the beginning. OMG a girl just stared at me for the duration of a class, she must like me! And thus the stalking begins and he apparently doesn’t get the hint that she isn’t interested in him. Later on he does seem to lessen his tactics, and he becomes more friendly.

The ending to the volume really pissed me off. Poor Akari. 😐 No one deserves that pain. Plus not only was it done by someone she loved, but also done by the guy pursuing her. Wow.

The art was really pretty, the close-ups to the characters were just wow!

All in all, it was a pretty OK volume, but I also had enough issues with it.