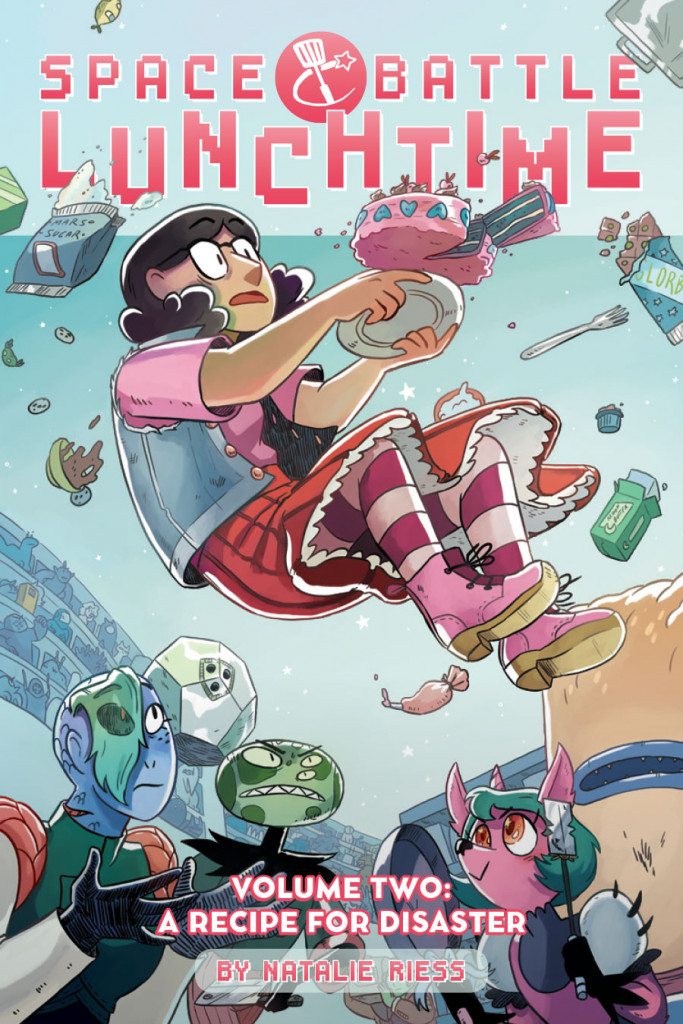 Cooking, cannibalism, something that made me squee, a final battle, and much more!

I was very sad to learn that this was the last volume in the series. 🙁 I thought this was still ongoing, and then I saw The End at the last page. While I can see why, I still wish for more SBLt. For instance more cute dates between Neptunia and Peony, maybe another cooking show, or them just starting a cafe/restaurant of their own, I got a ton of ideas that I would love to see.

In this one Peony finds out just where she is and what is going to happen. It was quite interesting (and also creepy) that this battle still has cooking, but also allows cannibalism (aka kill everyone until you are the last one standing). That is one way to get rid of terrible cooks. Though I do feel sorry for everyone stuck there involuntarily (like Peony).

I also liked that not only do we see Peony and her predicament, but we also see Neptunia trying to figure out where Peony went and what she can do to help her girl. Neptunia is my second favourite girl, and I have been shipping her with Peony since the previous volume.

Which also made me very happy for one scene in particular. I won’t spoil anything, but I was squeeing like crazy.

It was great that after all that cannibalism stuff and the battle with that annoying little deredere girl (my word, she fits perfectly with that cooking battle), we still see the final competition in the normal cooking contest. It was just a shame it was so predictable (plus I still don’t believe he didn’t do anything).

The ending was quite nice, though again, I would have liked some more, maybe an epilogue?

Of course the art is still the best, I just love the style and I can’t wait to see what Natalie Riess will make next.

Plus bonus points to the cover!