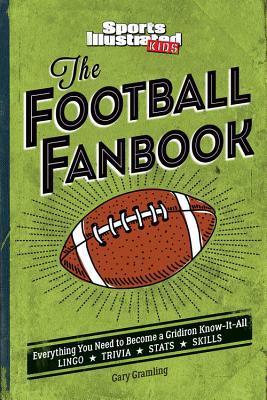 Right from the bat, -1 star for the images/photographs. Really, publishers? Is it that hard to just make sure your pictures look good in an ARC? This is the umpteenth time I have seen this happen. Grainy, it needs more jpeg, barely visible photographs. Often with lines around them, or lines through them. 😐

I am also not a big football fan, though that may be because I am not from America. But I was still really interested in this book, and while at times I was a bit bored or confused, I still had fun reading this one.

I would also change the order of the book. Not start with Know These Numbers, but instead start with Talk the Talk. Followed with the teams, then the players + that chapter about new/old guys. Then lastly add that tips for Football fans, and then add those Know These Numbers.
Why start with the Talk the Talk? Well because that tells us the terms of football, and since I don’t know many, it would have been handy (and probably would have made the book more interesting and less confusing for me). After that tell me the teams and the players (because then those Know These Numbers would also be way more interesting to me). And then the rest.

My favourite part? Probably the tips for Football fans, and after reading the dictionary (loving the quotes btw) I can say that I also like the Know These Numbers. Now stuff makes sense. 😛

I also like, while grainy and eh, the way the book was formatted like an old notebook. Like a little kid kept all that information and took the notebook everywhere, making it old and weathered.

I also would have liked to see an afterword or some kind of short chapter, maybe even a little quiz.

I would still recommend this book, it was a fun read and I learned a lot about football, though I really hope that the pictures are much better in the retail version.