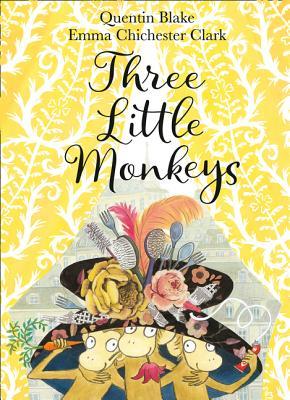 Welp, this was just bad, and it looked so good and fun! 🙁

Going by the blurb and also the cover it would be a book I would enjoy, but sadly the book was full of repetitions that were fun once, but lost their charm after the second time. I just hated those monkeys. Plus I found them highly creepy with their dead stares and no reactions when their owner was angry.

I was just waiting for them to start reacting, but…

If I was the owner I would have either found someone to train the monkeys, or just brought them to a sanctuary. Besides, monkeys aren’t pets.

So I mostly stayed for the cute (well with the exception of dead eyes) illustrations.

But all in all, this was a big disappointment.