Welcome to the Blitz for The Woodlands Series Box Set! I just had to help promote this one, the story for these books seem right up my alley. Dystopian, evil government plans, escaping, blend them together and I am eager to try out this boxset.

For today’s post I got book/author information, an excerpt, and an international giveaway where you can win a mystery box (US/CAN) or eBook prizes (INT). 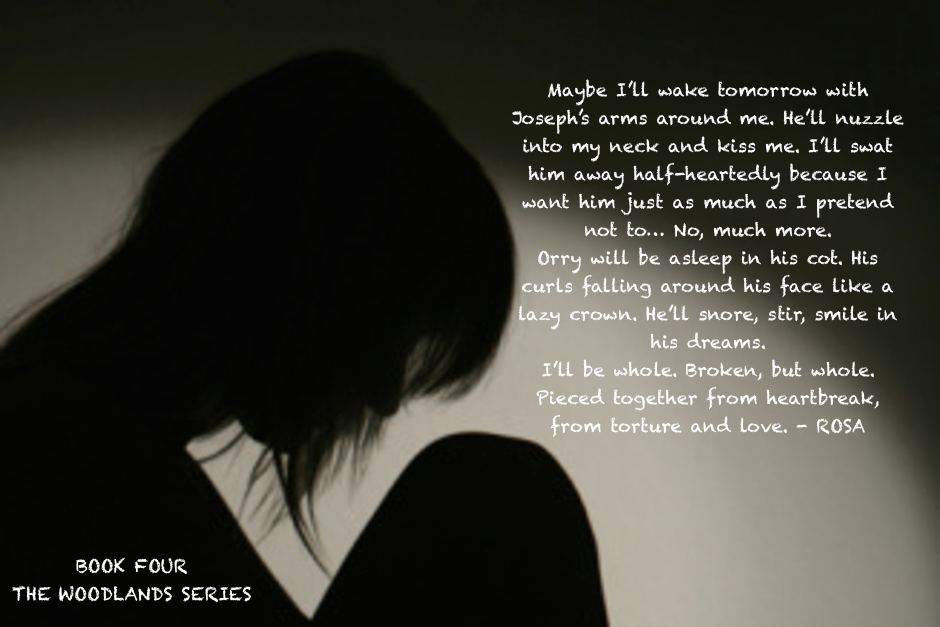 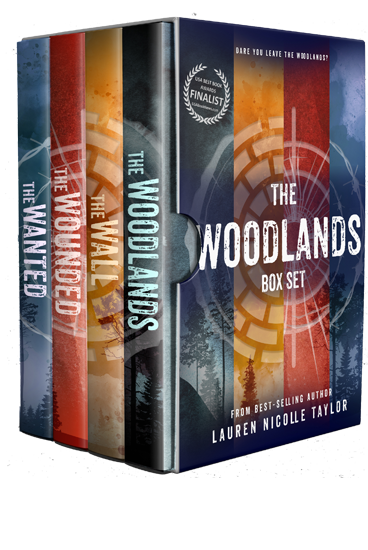 Do you dare enter the Woodlands?

As the last livable spot on Earth, it’s the only home Rosa and Joseph have ever known. But now they need to escape, or Rosa will be trapped forever in a horrific government program. A dystopian page-turner with over 750 five-star ratings on Goodreads. The Woodlands Series is perfect for fans of The Hunger Games by Suzanne Collins, The Divergent Series by Veronica Roth, and The Jewel Series by Amy Ewing. Readers can purchase this boxed set at a significant discount over the cost to purchase each novel individually. This is a complete series boxed set.

Lauren Nicolle Taylor lives in the lush Adelaide Hills. The daughter of a Malaysian nuclear physicist and an Australian scientist, she was expected to follow a science career path, attending Adelaide University and completing a Health Science degree with Honours in obstetrics and gynaecology.
She then worked in health research for a short time before having her first child. Due to their extensive health issues, Lauren spent her twenties as a full-time mother/carer to her three children. When her family life settled down, she turned to writing.
She is a 2014 Kindle Book Awards Semi-finalist and a USA Best Book Awards Finalist.

The door clanged and a gust of air threatened to blow the sheet off my bony body. Deshi looked at me one last time. “It will hurt,” he whispered as he shuffled behind the low wall and sat down on a plastic chair, his legs crossed elegantly.

The doctor shouted out, “Right, Rosa. Try and relax, I’m going to restrain you properly now.” I heard a long beep and then the metal cradles clamped shut with a loud snap, around my wrists and ankles. I tried not to struggle but I could feel my heart thumping loudly in my chest and my breathing increasing as I started to panic. Deshi called out, “It’s all right, Rosa, try to breathe normally.”

I tried to think of something else, “So, what’s with the glass coffin?” I asked. “Is an enchanted poison apple part of the treatment?” It reminded me of one of the ‘fairy tales’ I had read, Snow White. I grimaced at the thought of Deshi as Prince Charming, leaning to kiss me awake.

Deshi grunted and muttered, “Truly woeful, Rosa.” I felt a pang of missing for Rash, my friend from the Classes whose bad humor and constant pranking made him the male version of myself. He would understand the need to make light of this frightening situation.

Dr. Yashin answered in a measured tone but I sensed she was amused by my attempt at humor. “We don’t know exactly why they use the glass box, only that when we tried without it, two staff members were badly burned and the recipient died.”

I sucked in a long breath but it hurt. Distraction was inadequate when a glass box was descending on you. I didn’t want to do this. Out. I wanted to get out. My eyes were dancing crazily in my head, darting around the room, looking for the door. I felt a cool hand on arm.

Her eyes were calm, a green-hazel color. “I’m going to attach you to the machine. Just remember, we are doing this to help you. It will speed up your healing. You will feel much better when we’re done.” Stop trying to convince me, I thought, it only makes it harder to believe you.

She paused and looked at me with those mixed eyes, “Have you eaten breakfast?”

I didn’t speak, just nodded. I knew if I opened my mouth the words ‘let me go’ would fly out and I would be back to square one. She pursed her lips at my response and then continued.
Painfully and methodically, Doctor Yashin reached up and drew down two of the hoses that were attached to the glass coffin. She pulled them through the glass and attached them to a catheter needle. She pushed one needle into my arm, which was not too bad. But the other one, she inserted under my scalp and it hurt like hell. I scrunched up my eyes and dug my fingernails into my palms until she was done. I felt like a pincushion science experiment, a potato battery.

“Ok. I’m going to step back now and the box will be lowered. Don’t worry. In your case, it should only take five minutes. I warn you, it will hurt a great deal.” She moved my chin so I was facing the ceiling. “Keep your head straight.” She patted my arm gently, and pulled away the sheet, disappearing from view.

I thought the being naked part would be awful but I was completely distracted by the fact that a giant glass box was being lowered over my body. It dangled and swayed until the mechanical arms took over and straightened it into place. I heard the sound of air sucking and knew I was sealed in. I was a spider under a drinking glass, my mind scuttling and straining to find purchase on the straight edges. Breathe, I kept telling myself. But I was holding it and then gasping for short bursts.

“Relax!” I heard the doctor shout again. “It will start in ten seconds.”

I thought, Is she joking? How could anyone relax in here?

One, I watched all but four hoses retract from the box and the mechanical arms seal the holes with rubber stoppers.
Two, a cycling, whirring noise began, like someone was spinning an enormous, metal wheel.
Three, something clicked into place.
Four, the whirring stopped and a humming began.
Five, the whirring started again and sounded faster.
Six, I couldn’t breathe. I needed to get out.
Seven, I could see blue liquid tracking down the tubes, entering my glass sarcophagus, and a blue gas filling the box.
Eight, I held my breath, not wanting to inhale the gas.
Nine, it felt cool when the blue liquid hit my skin and I could feel it spreading through my body.
Ten, I had to breathe, my body convulsed, and I drew in the gas, which dried my throat instantly and burrowed into my insides like a thousand needles.

Now I understood why they restrained me. Oh my God, please. Please, someone kill me. Kill me now.